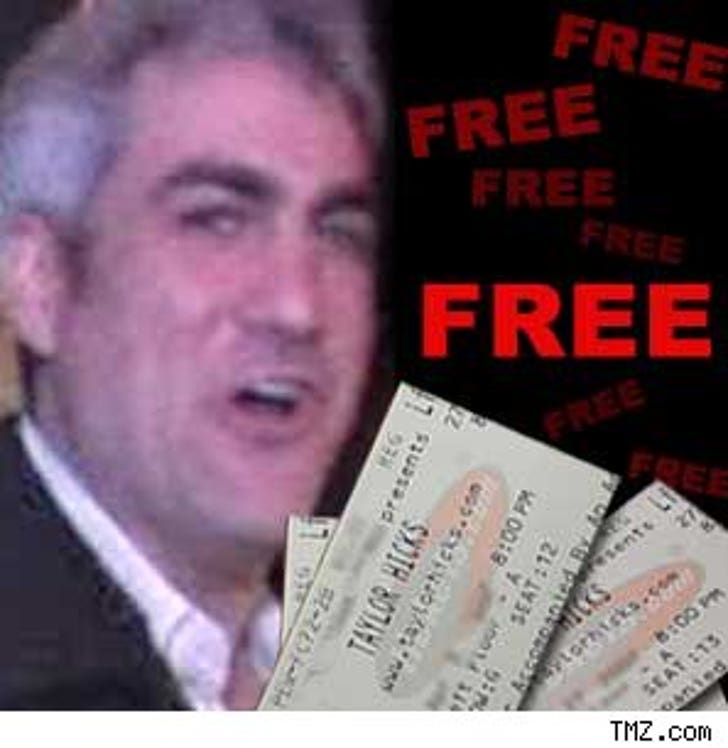 It's not a charity show, it's not a fundraiser ... Taylor Hicks concert tickets have now been reduced to a whopping $0.00 -- and it still hasn't sold out. Soul Patrol!

The season five "American Idol" winner was originally scheduled to perform at The Roxy on Sunset tomorrow night -- for $36.50 a ticket. But in the last few hours, a bunch of tickets wound up on goldstar.com -- a website which claims to offer ticket discounts because, "Not every show sells out, so instead of letting seats go empty, venues list them with us to sell to our members."

Now, instead of offering the usual half-price discount, Hicks tix are being given away for nothing ... nada .. zip ... zilch ... except an $8.75 service fee.