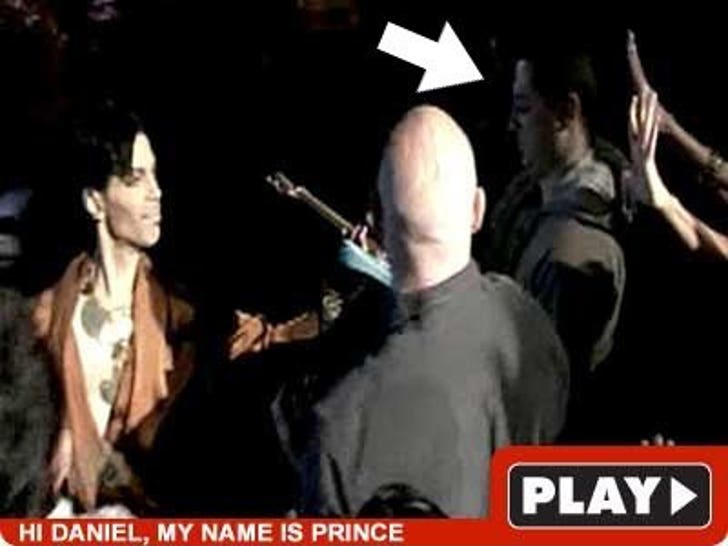 Hey everybody, Daniel from TMZ here. So last night Prince gave me his guitar ... and then some guy took it back. 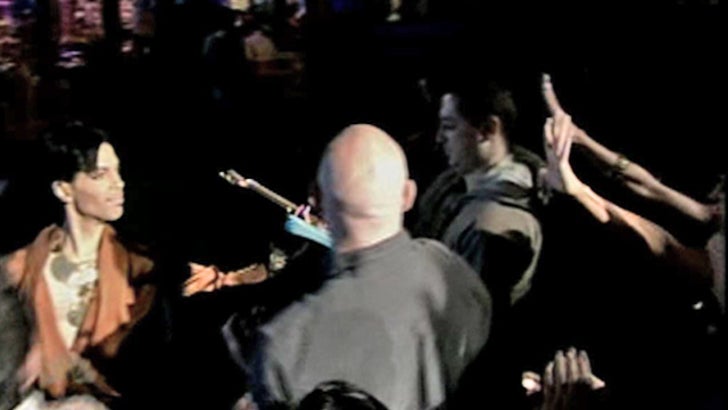 I was lucky enough to sit front row during a taping of "The Tonight Show." I was there for one reason, and one reason only -- to see Prince. After suffering through Paul Giamatti and Emma Roberts, Prince came on and performed "Dreamer."

As the song was winding down, Prince took off his guitar and walked out into the crowd -- I had no idea what he was doing. He walked right up to me and just simply handed me his guitar and walked away. I stood there stunned for about 20 seconds while my friend Trent went nuts. We both kinda strummed the guitar before I turned around and held it up to the crowd triumphantly.

After another 30 seconds or so, someone came around and retrieved the guitar. Now, I was all excited about this whole thing -- calling and texting everyone I can think of. But when I came to work today, everyone said the same thing -- PRINCE OWES YOU A GUITAR. I believe Harvey's quote was, "You're a schmuck for giving it back."

So here's the question, does Prince owe me a guitar?