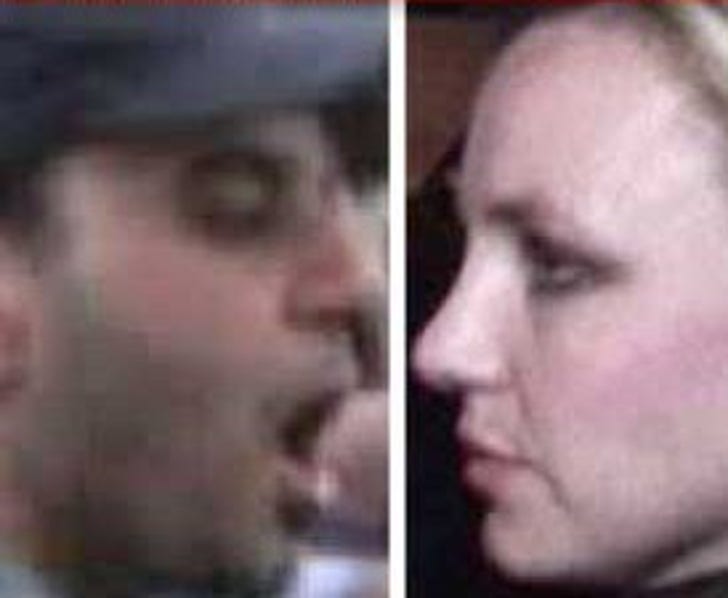 Sam Lutfi's sister (who knew he had one) testified in court today that she played middle man to help Britney Spears stay in touch with Sam -- and her version of the story sounds like a James Bond movie.

During a hearing in L.A. Superior Court regarding the temporary restraining order (TRO) against Sam, Christina Lutfi said Britney called her in mid-January. According to Christina, Britney said she wanted Sam to get her a new lawyer, and a pre-paid cell phone.

Presumably, that would allow Brit to circumvent the TRO and talk to Sam without her dad Jamie's knowledge.

Now imagine this scene: Christina says she met Brit on January 16 in the sauna at a posh Beverly Hills hotel to deliver the cell phone. She claims the drop went down while Brit's mom and bodyguards were nearby in the hotel.

Lutfi also testified that Britney said she "felt like a prisoner," was "afraid of her father" and that he was threatening to take away her kids.

Despite the testimony, the judge refused to lift the TRO. The hearing was continued to April 21 when closing arguments will be heard.