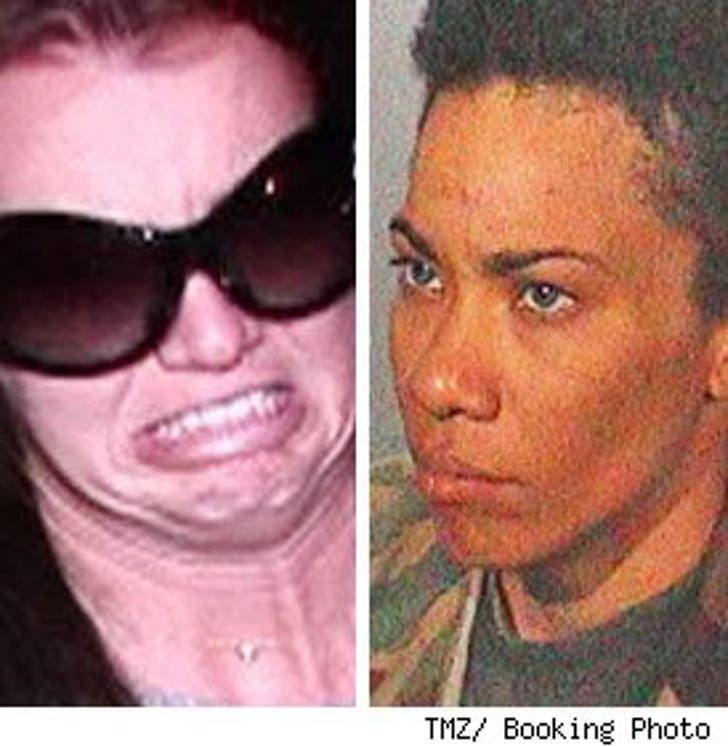 The woman arrested for ominous behavior on Britney Spears' property says for her, Britney was like an assignment you get in chemistry class.

was arrested outside of Britney's home wearing camouflage and holding a camera ... but it turns out the whole thing was kind of a misunderstanding. In her mind at least.

The 26 year-old art student, who attends the Art Institute in L.A., claims she was just trying to show the lengths to which the paparazzi have to go get their pics. The footage was going to be used in a documentary film she's currently working on.

Apparently the excuse is working -- TMZ has learned that Tozier-Robbins won't face any punishment at her college as long as she keeps attending classes.

So in a way, the whole thing was kind of like a science fair project -- and Britney was the dangerous volcano stuffed full of baking soda and vinegar.