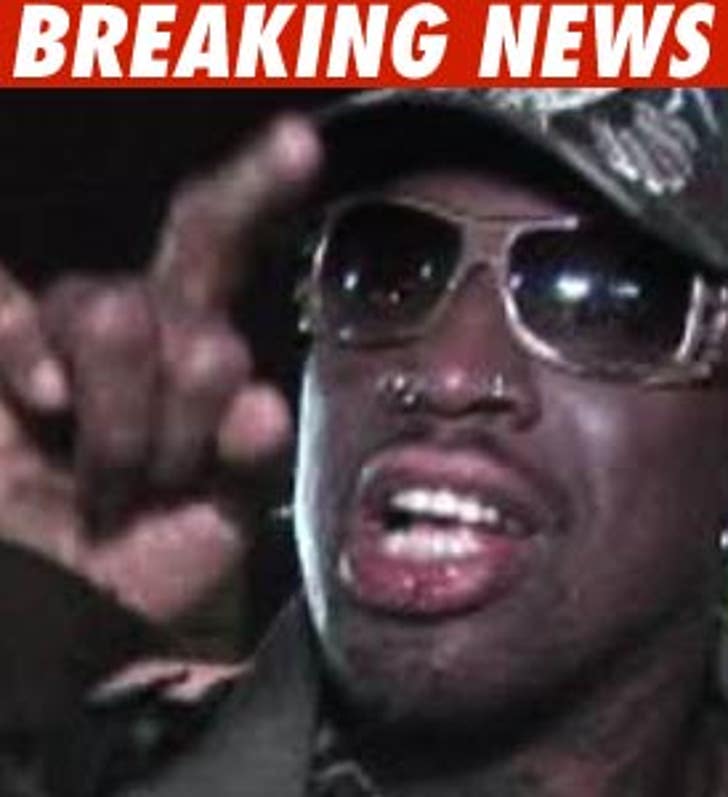 A Federal judge in Vegas just sided with a 28-year-old "beverage manager" at the now defunct Cuba Libre bar in the Hard Rock Hotel and Casino -- who accused Rodman of getting bombed at the bar in 2006 and smacking her backside in the process.

Sara Robinson claimed Rodman's personal foul -- which also included an incident where he grabbed her and tried to force her to dance with him -- completely humiliated her in front of her coworkers and guests.

The six-figure payout should help her get through the hard times.