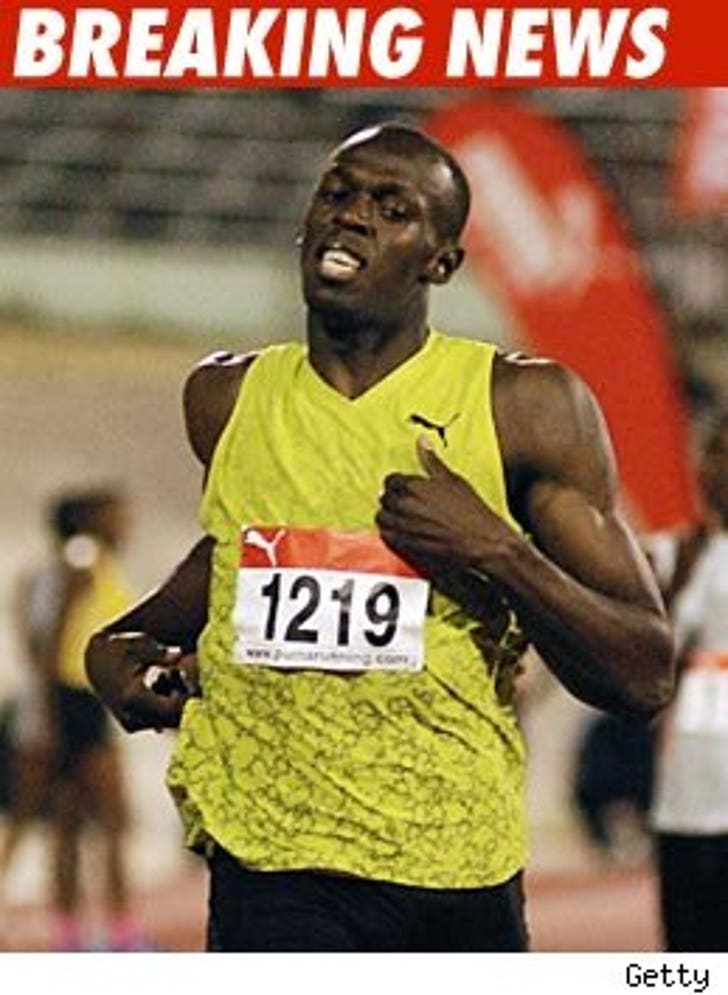 The Jamaican sprinter who set the 100m world record at the Beijing Olympics suffered mild injuries today after crashing his BMW on a highway in his homeland.

Usain Bolt
-- who ran the 100m dash in a mind-blowing 9.69 seconds last year -- and a female passenger were taken to a hospital in the Saint Catherine Parish after Bolt lost control of his car while (get this) he was allegedly speeding on a rain-slicked highway.

Officials say Bolt -- who's due to compete in a 150m race in England in a few weeks -- is undergoing tests to see if he'll be healthy enough to compete.