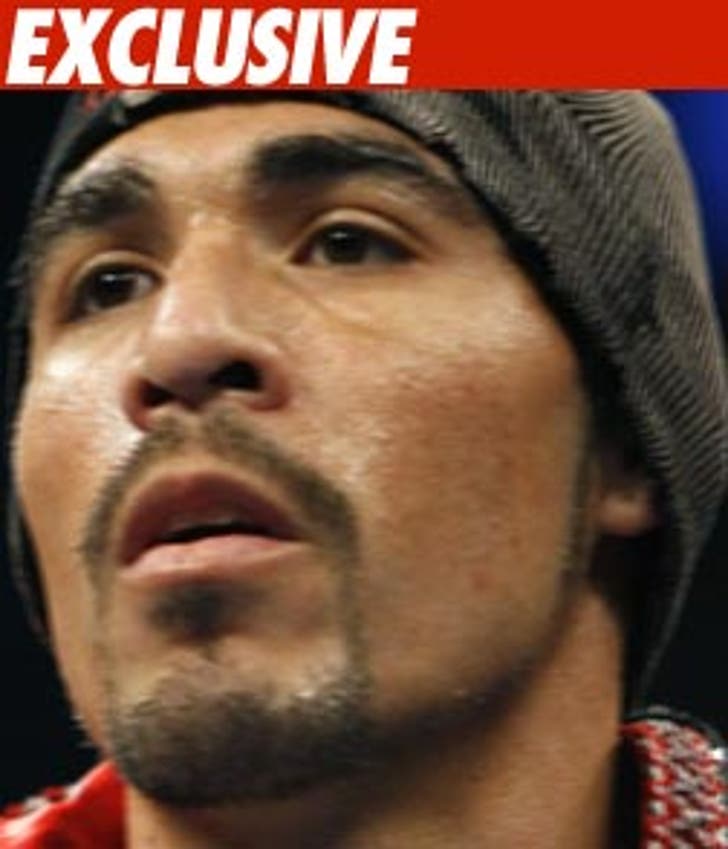 Antonio Margarito, the former WBA welterweight champ, is suing the California State Athletic Commission, claiming he was unjustly suspended for allegedly hiding plaster in the knuckle pad under his gloves in his fight against "Sugar" Shane Mosley.

On January 24, 2009, Margarito was preparing to fight Mosley -- his trainer was wrapping his hands when a rep from the Athletic Commission decided to inspect his hands, allegedly finding an "illegal material inside the knuckle pad." The knuckle pads were confiscated and his hands were re-wrapped.

Margarito then fought Mosely and got his ass kicked. But the unkindest cut of all -- after the fight, his boxing license was suspended for one year. He feels he's been denied due process and wants his license back.

He's suing to get a court order forcing the Commission to reinstate him, stat.