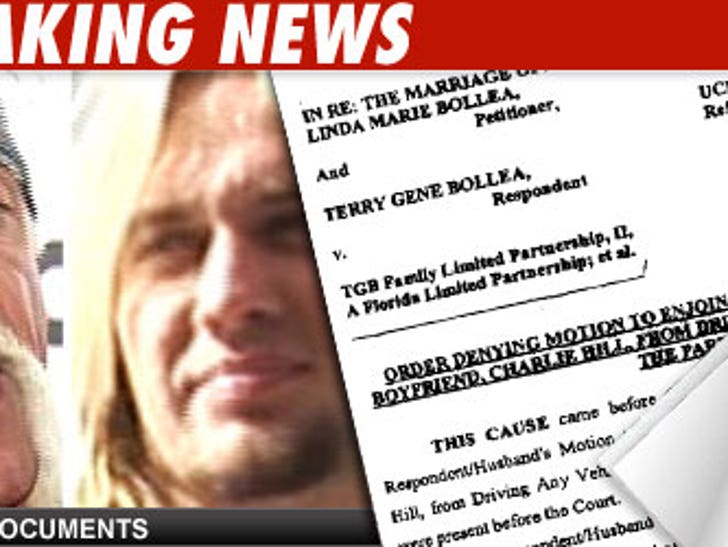 It looks like Linda Hogan isn't the only thing her 19-year-old boyfriend is allowed to ride -- a judge just blocked the Hulkster's attempt to keep the youngster from driving his cars too. 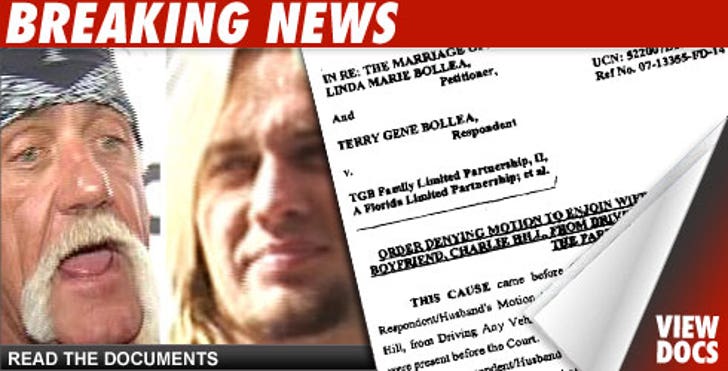 Hulk had asked the judge in Pinellas County to keep Charley Hill out of the driver's seat because he feared his marital estate would be liable if the kid got into a wreck.

Hogan tried, the judge denied -- but the judge didn't necessarily disagree with Hulk's plight. In the papers, the judge wrote that it "would appear to be exceedingly imprudent" to keep Charlie from getting behind the wheel.

Hulk's attorney told us, "This issue certainly isn't over... clearly from [the judge's] statement from this hearing that in principal he agrees with our position but legally does not feel he is able to grant an injunction."