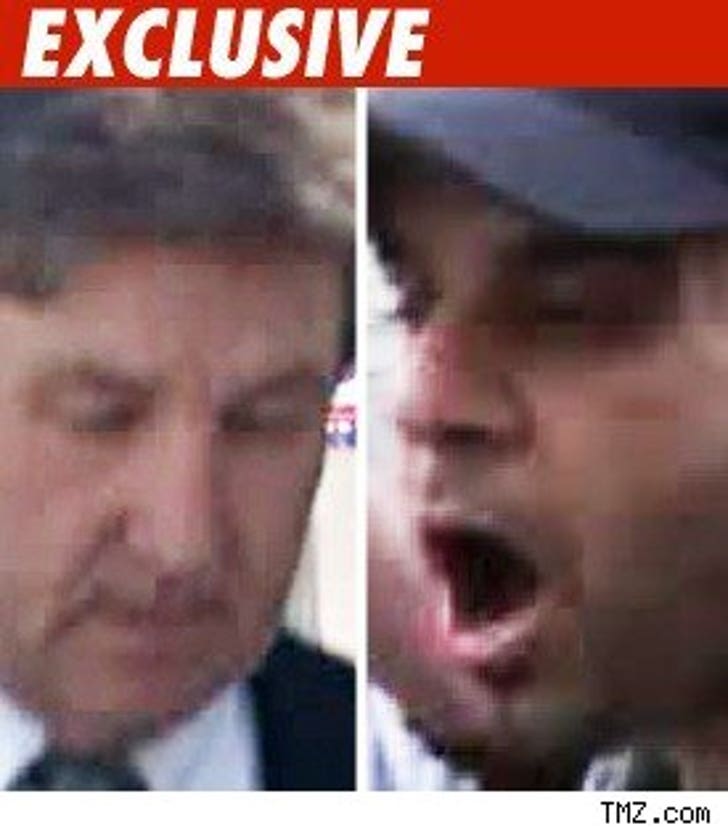 Britney Spears' dad claims allegations that he battered Sam Lutfi last year are completely bogus -- because Jamie Spears believes he had a legal right to beat his ass if he wanted to ... but Jamie is coy about whether he actually did it.

In legal papers filed today, Jamie is very careful to not admit he punched Lutfi in the chest at Brit's house last year -- as Lutfi suggested in a recent lawsuit. However, Jamie says the law allows him to open a can of whoop ass if the situation calls for it -- and according to the docs, the Lutfi situation called for it.

Jamie claims "he was provoked" by Lutfi and was "privileged to use force in and about the matter complained."

He adds, "Any necessary force may be used to protect from wrongful injury the person or property of oneself, or a wife, husband, child, parent or other relative or member of one's family."