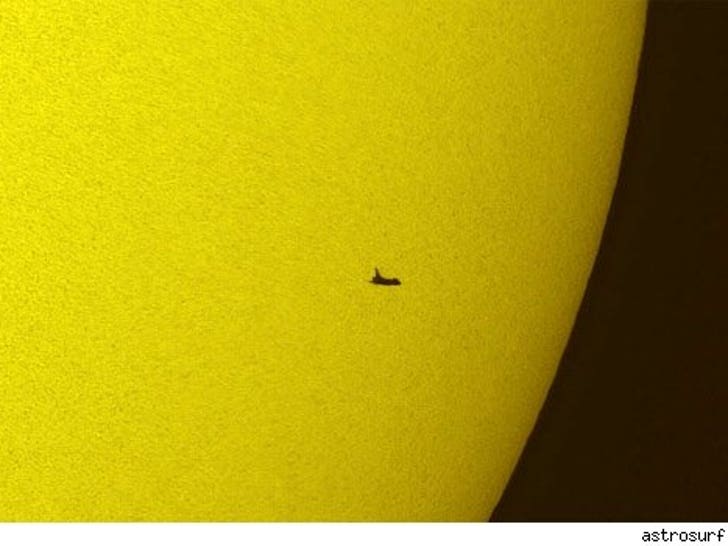 An amateur astronomer named Thierry Legault took this unbelievable photo of the Space Shuttle Atlantis silhouetted by our massive sun -- and you won't believe what it took to get the shot. 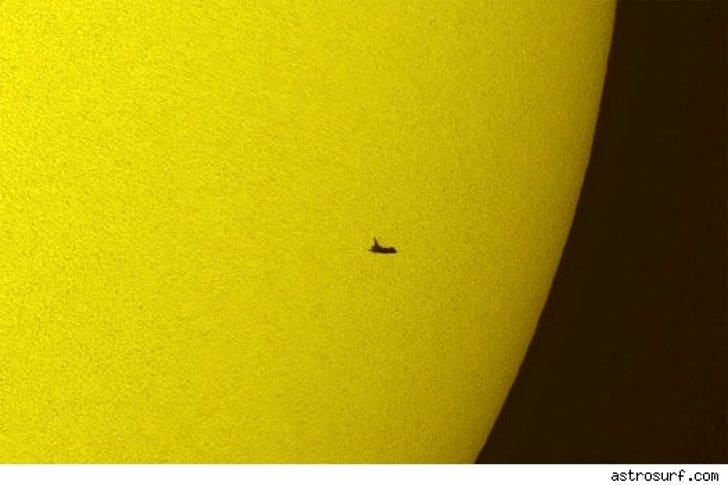 The shuttle (which is only 37m long and has a 24m wingspan) was traveling 17,500 mph at 350 miles above the Earth's surface -- and Lagault says he only had .8 seconds to get the shot. The sun looms in the background a mere 91 million miles away.

We're not going to get into what kind of equipment, settings and preparation it took -- because we're too busy staring at the pic to get into it. But you can check out another amazing shot on the dude's website. 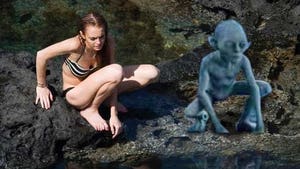