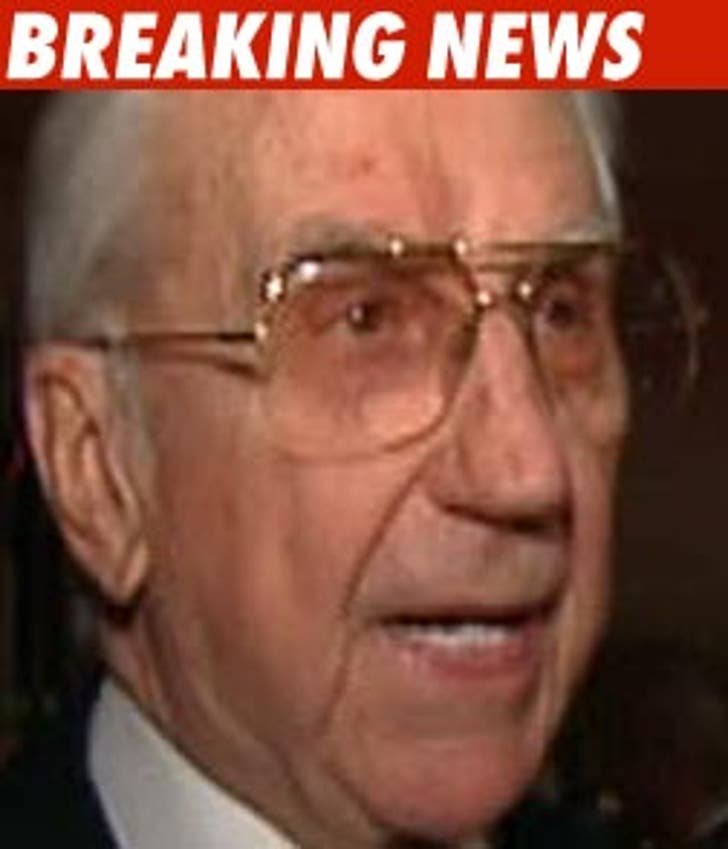 The people who own the mansion where Ed McMahon broke his neck are finally off the hook -- a judge dismissed the case one day before it was set to go to trial.

Ed filed the lawsuit back in 2007 when he slipped on a ramp-like staircase -- which Ed believed to be "unsafe" -- at a mansion owned by investment tycoon Robert Day and his wife Kelly.

But according to documents, filed in L.A. County Superior Court on Thursday, the Days were finally dismissed from the suit after the two parties reached a settlement -- the terms of which have not been made public.


Ed settled the other half of this lawsuit -- which was a malpractice claim against the doctors and the hospital Ed claimed failed to spot and treat his injury -- a few weeks ago.

The terms of that settlement has not been made public either.