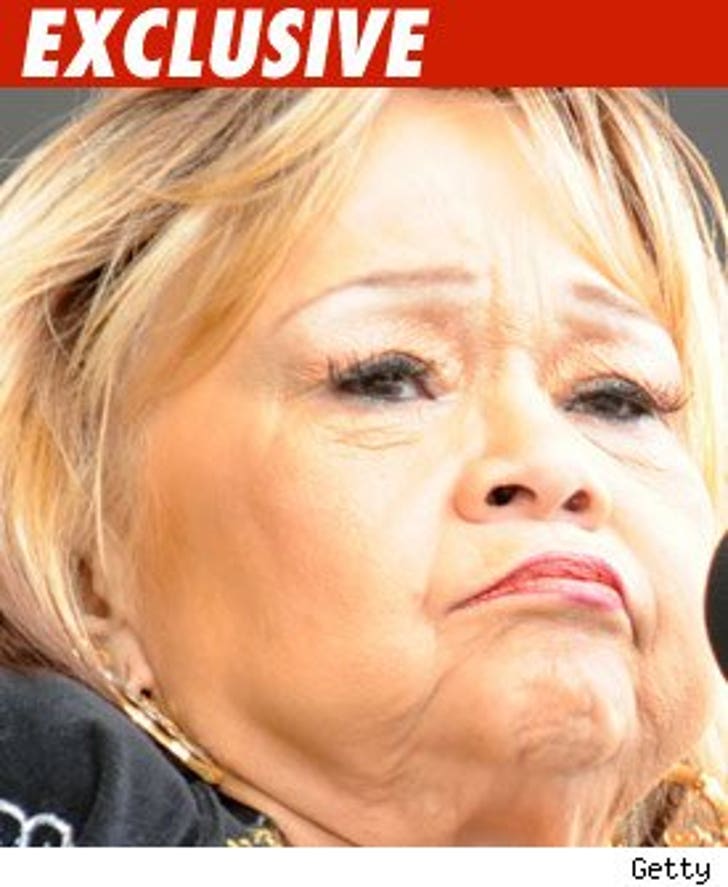 Etta James is being sued by a guy who claims she hired him to be in her band -- then went back on her word and caused him to lose a bunch of cash.

Leo Nocentelli claims he and Etta reached an oral agreement in February of '08 for him to play guitar on her tour, which was set to last from March '08 - March '09.

After playing the first few shows with Etta, she became ill and was forced to cancel a number of her concert dates -- problem is, Leo says she forgot to tell him she was 86'ing the shows.

According to the lawsuit, filed in L.A. County Superior Court, when she became healthy enough to perform again in August of 2008, Leo claims she brought back all the band members except him -- something she once again forgot to tell him.

Once Leo finally got in touch with Etta's people to see if he had been terminated, they kindly informed him "you should have figured it out."