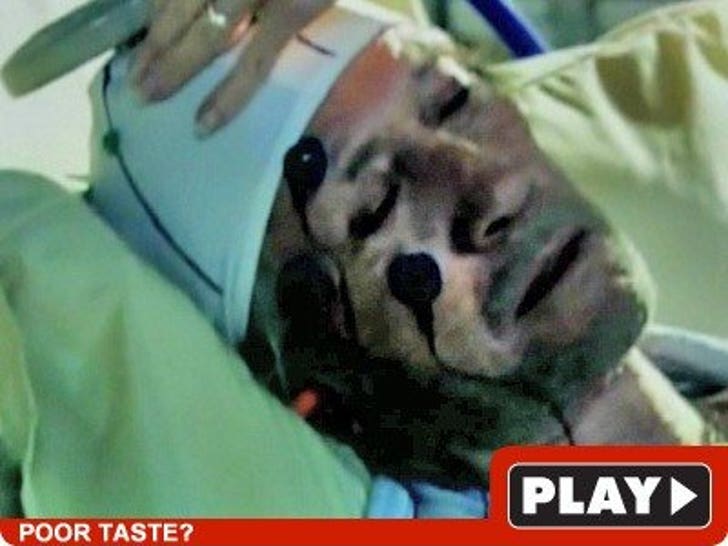 The episode of "Mental" David Carradine filmed before his death aired last night on FOX.

Carradine played a famous author who goes catatonic after getting struck by lightning -- and spends most of the episode confined to a bed, sitting in a wheelchair or floating lifeless in a pool.

His character does eventually wake up. But ...was it cool to run the show so soon?