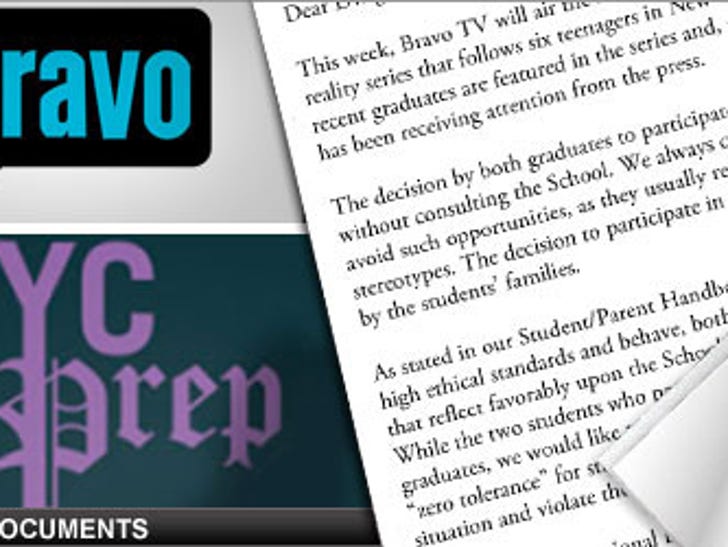 The new Bravo show "NYC Prep" has got New York's real gossip girls and guys quaking in their Gucci loafers. 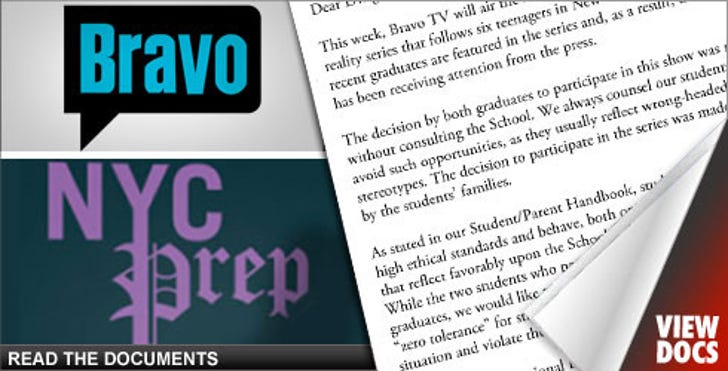 The show mimics "Gossip Girl" ... with a healthy dose of drugs and sex. Two of the show's stars, recent Dwight School grads "PC" Peterson and Jessie Leavitt, went on the air yakking about booze, sex, and smoking up -- and that was just the first episode.

The Dwight School is apparently panicked that other students will appear in similar shows exhibiting similar debauchery. So they sent a letter to the student body and alums, expressing a "zero tolerance." But the letter is so confusing, it's not clear if school honchos mean a zero tolerance for drugs and sex or a zero tolerance for appearing on reality shows.

The school is also concerned about perpetuating stereotypes. Hmmm ... spoiled rich kids screwing up. Is it a stereotype if it's true?