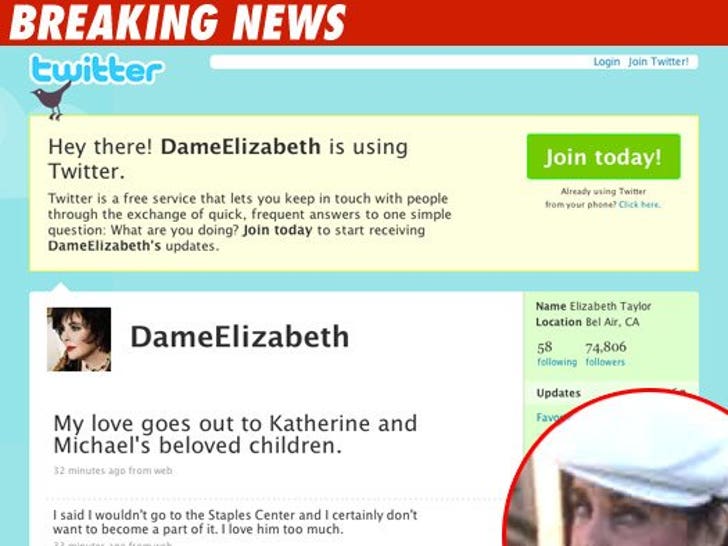 The guest list for tomorrow's Michael Jackson Staples Center memorial is pretty prestigious -- but one person who definitely won't be there: Dame Elizabeth Taylor. 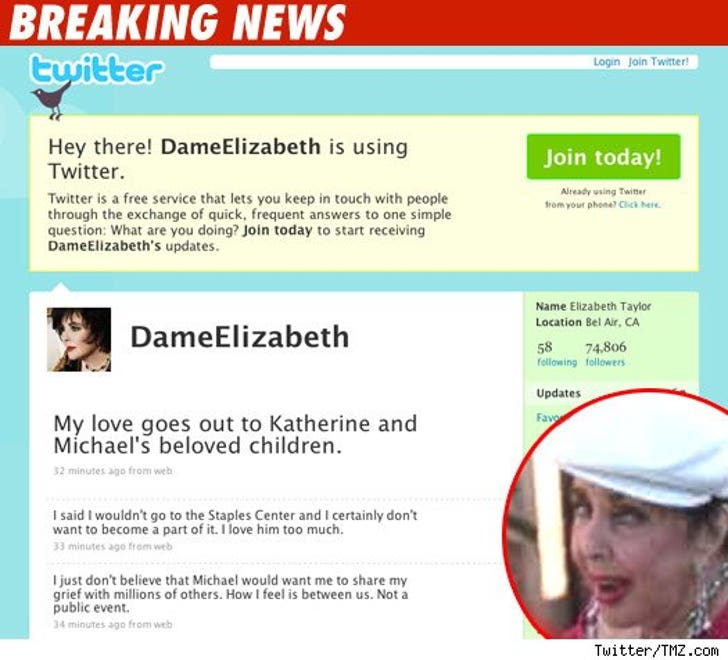 Taylor just wrote on her Twitter: "I've been asked to speak at the Staples Center. I cannot be part of the public whoopla. And I cannot guarantee that I would be coherent to say a word. I just don't believe that Michael would want me to share my grief with millions of others. How I feel is between us. Not a public event. I said I wouldn't go to the Staples Center and I certainly don't want to become a part of it. I love him too much."

And, for the record, she also writes she's "not on suicide watch."