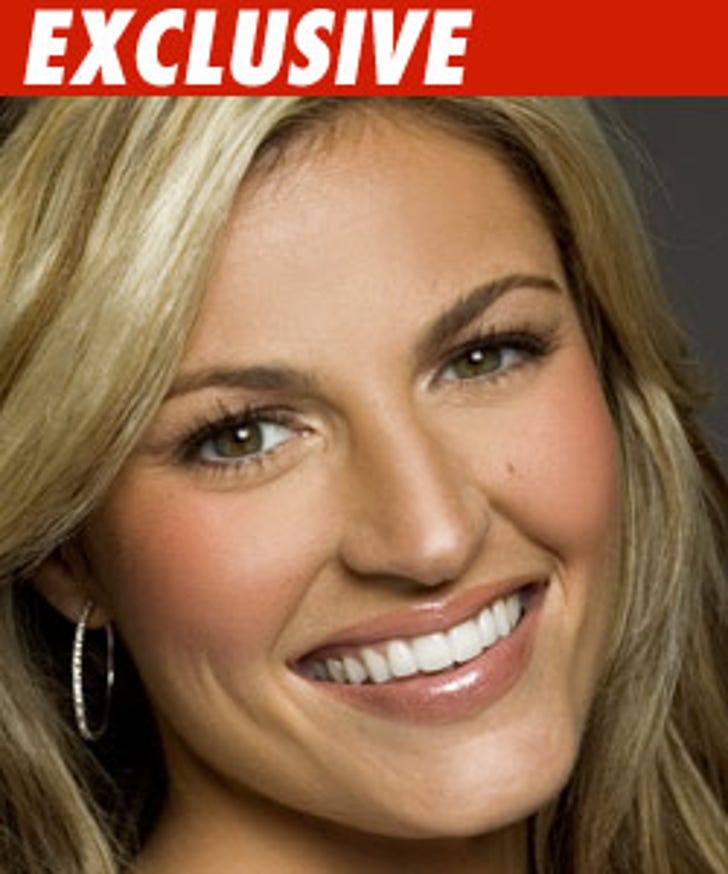 Super hot sportscaster Erin Andrews shouldn't participate in any activities where balls fly at her face -- "Clueless" anyone? -- because a line drive hit her perfect mug last night during the Mets/Dodgers game.

Andrews -- who serves as a sideline reporter for ESPN -- was struck in the chin by a foul ball hit by New York Mets player Alex Cora during the 4th inning.

Erin was hustled to the hospital a few innings later, but only suffered a bruised chin.

"She's totally fine. The producers on site suggested she go to the hospital as a precaution. Doctors released her soon thereafter. She flew home as scheduled and is looking forward to working MLB All-Star events and the ESPYs in the coming week."