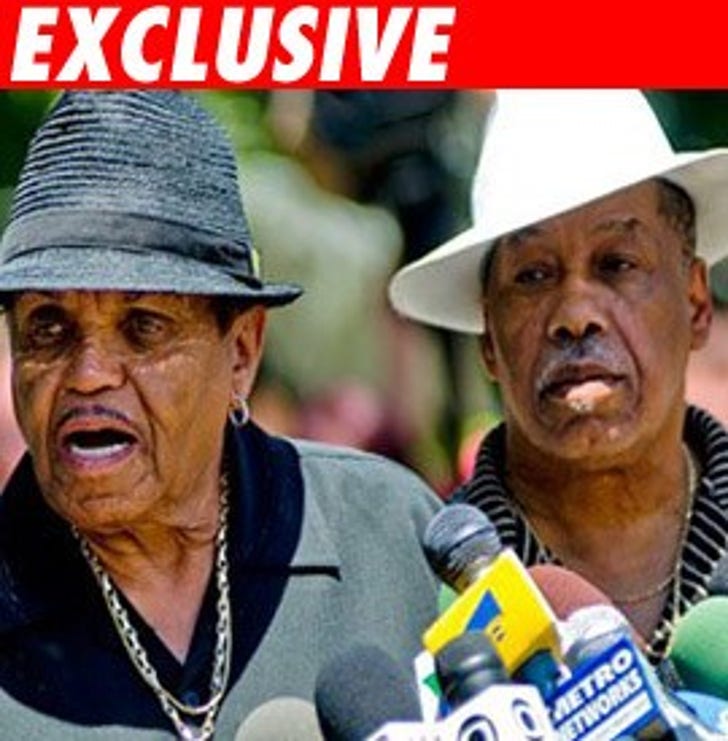 Marshall Thompson, who Joe famously introduced during a news conference a few days after MJ's death, served 366 days in federal prison back in 2001 after pleading guilty to two counts of conspiracy to commit extortion in Illinois.

Thompson -- a retired cop -- conspired with active duty officers to sell police badges to various businessmen for $1,000 to $2,500 a pop.

According to federal docs, the businessmen bought the badges so they could get the perks of being a cop -- carrying a concealed weapon, parking in restricted areas and "receiving discounts for goods and services" ... we're guessing that includes donuts.

Before Thompson became a felon, he was a member of the Chi-Lites -- a band famous for "Have You Seen Her" and "Oh Girl" back in the '70s.