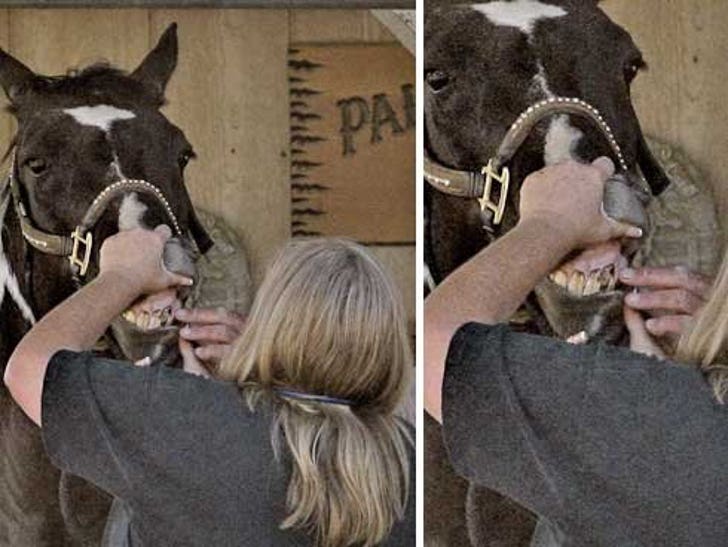 Debbie Rowe spent some quality time going all dental with her horse.

The pic was taken at Debbie's ranch. We're told Rowe and Katherine Jackson are close to striking an agreement over the custody of Michael Jackson's kids. Our sources say the deal is not about money.

As we first reported, Debbie is already collecting cash based on an agreement she struck with Jackson around the time of the child molestation trial.