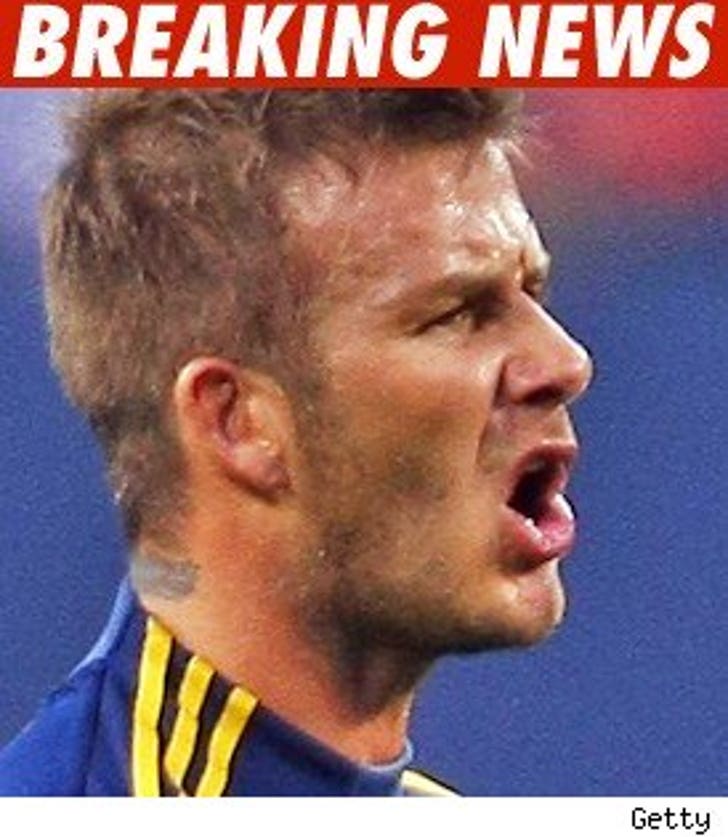 In perhaps the most meaningless punishment in the history of sports, Major League Soccer has decided to fine David Beckham $1,000 for challenging some L.A. Galaxy fans to a fight during a game last week.

If you recall, Beckham -- a member of the L.A. Galaxy -- got all testy during the game when Galaxy fans booed the crap out of him in his home stadium.