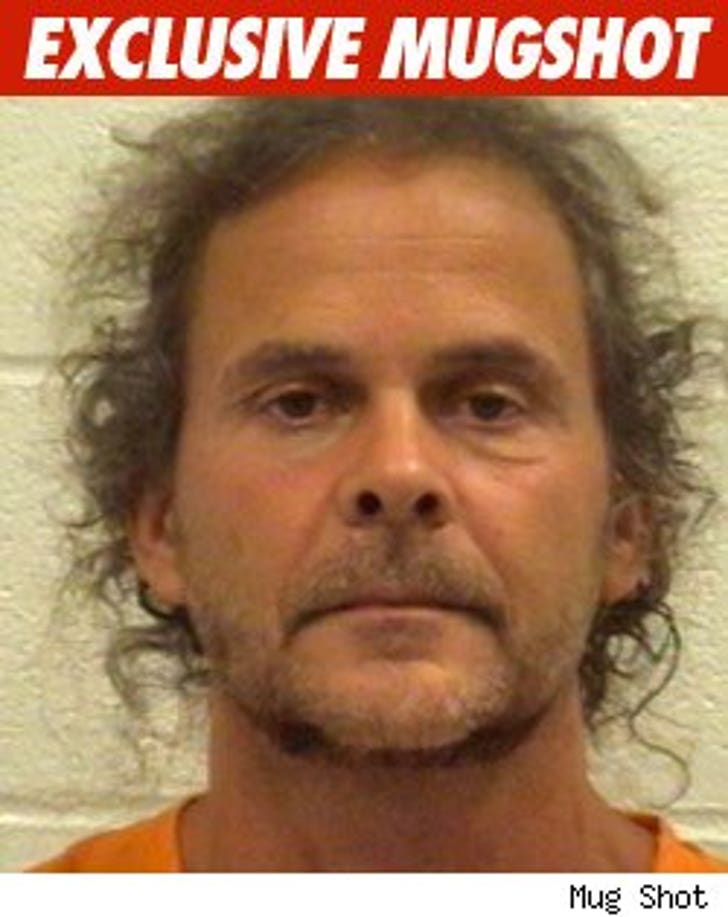 The creepiest thing about the 53-year-old guy in this photo isn't the hair -- it's that he's been arrested a second time for allegedly targeting 16-year-old Miley Cyrus.

Mark McLeod -- the same guy who once claimed Miley had been sending him "secret messages" through her TV show -- has been arrested in Georgia on an "attempted stalking" charge.

Back in June, McLeod was warned to stay away from Miley, after a disorderly conduct arrest in which he told cops no one could keep them from "being together." Cops then warned McLeod to keep away from the actress.

But this week, cops say McLeod was spotted hanging around the area where Miley is shooting her new movie -- so they got a warrant and yesterday, they arrested the guy.

We're told McLeod admitted he was trying to get in contact with Miley when he was arrested.

McLeod is currently being held at the Columbia County Detention Center.

As we first reported, Disney got wind of Mark's June arrest -- the one in which he allegedly told cops a slew of crazy stuff about Miley -- and warned cops in L.A. to keep their eyes on him.