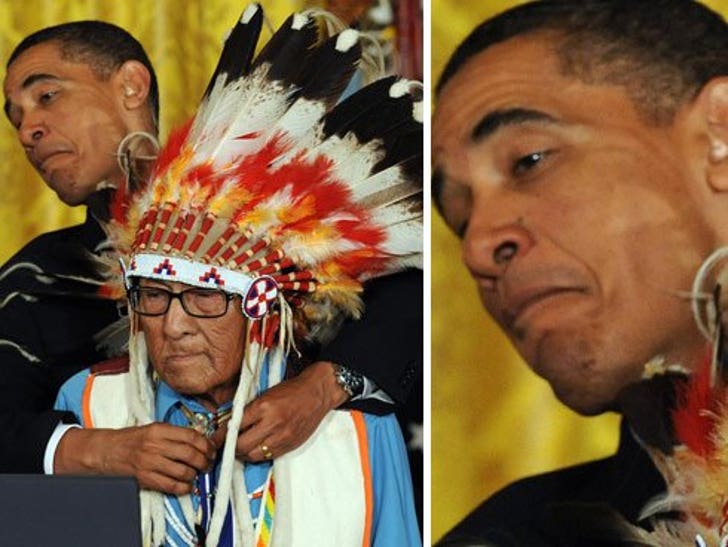 President Barack Obama tried not to poke out his eye while awarding the Presidential Medal of Freedom to Joe Medicine Crow-High Bird -- the last living Plains Indian war chief -- on Wednesday. 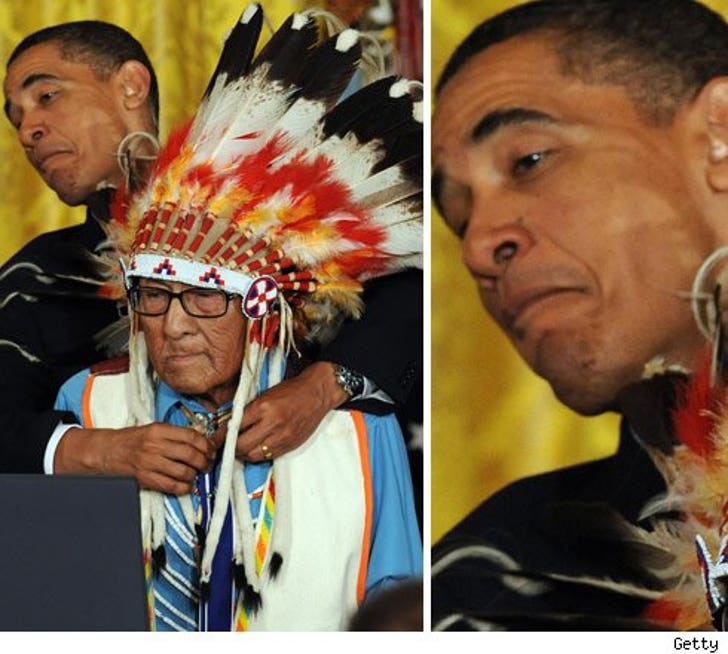