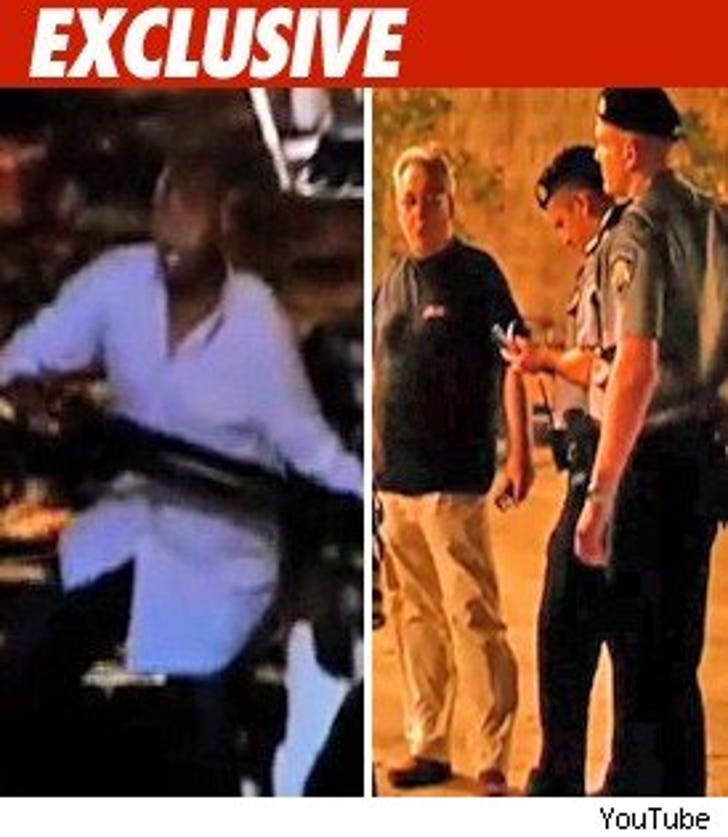 Jay-Z's bodyguard has been charged with a crime for last night's tripod-tossing fight with a local TV reporter in Croatia.

Croation law enforcement tells TMZ Jay's bodyguard has been charged with destroying personal property and assault -- based on a complaint filed by the reporter who got into a scuffle with Jay and Beyonce's entourage late last night.

Video of the incident surfaced on the 'net earlier today showing the whole confrontation -- including the part where the reporter throws his camera sticks at Jay's hired muscle ... and the hired muscle throws the sticks into the Adriatic Sea.

We're told the incident occurred at around 1:30 AM in Dubrovnik after Jay and Beyonce ate at a local restaurant.

Police say they are trying to track down the bodyguard so they can talk to him -- the investigation is ongoing.