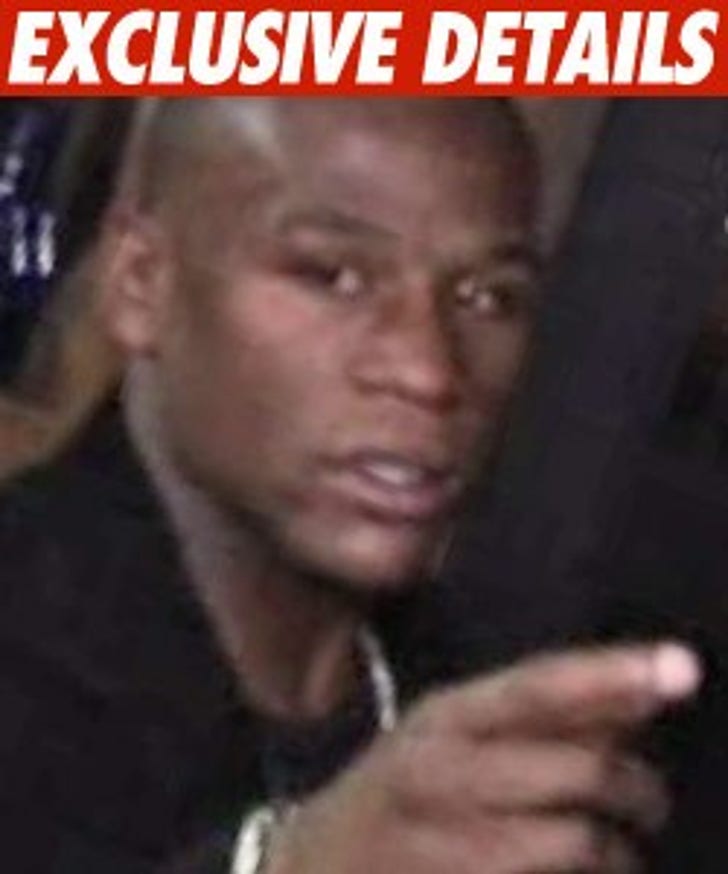 Las Vegas police searched the home of Floyd Mayweather, Jr. today after the boxer's car was spotted at the scene of a shooting that occurred last night.

The shooting happened at the Crystal Palace Skating Center sometime yesterday evening -- our law enforcement sources say no one was hurt or injured. We're told cops don't know if Mayweather was actually at the scene at the time of the incident.

According to KVVU
, a search warrant was served at Floyd's home today, but it's unclear as to what they were looking for.

Our sources say cops are looking to talk to Floyd to see if he knows anything about what went down.

UPDATE: We just spoke to Floyd Mayweather, Sr., who said his son had nothing to do with the shooting.

Mayweather Sr. tells us he spoke to Floyd about 30 minutes ago. He said cops ransacked his son's home today looking for a gun, but didn't find anything.

Mayweather Sr. said the reason his son's car was at the skating rink last night was because he takes his kids there every Sunday to skate.