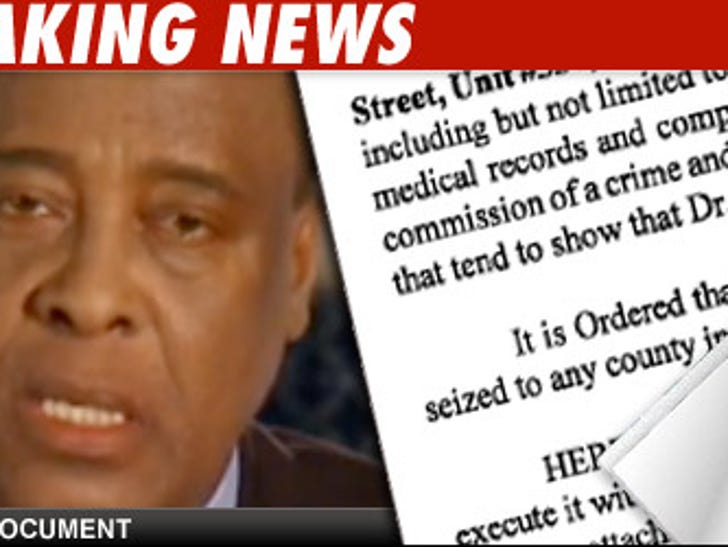 Michael Jackson had lethal levels of Propofol in his system when he died, this according to a search warrant affidavit filed in Houston. 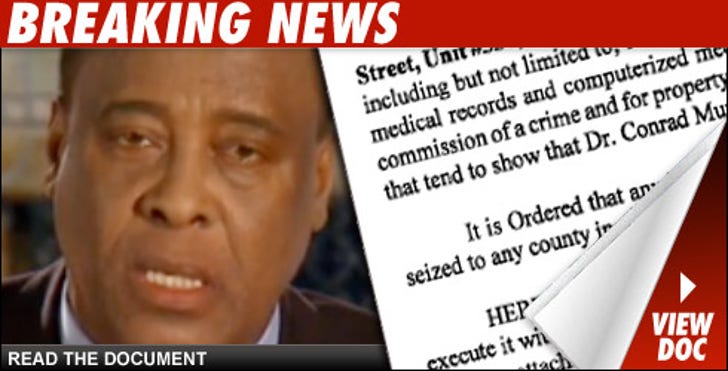 Dr. Conrad Murray told cops he had been treating Jackson for 6 weeks for insomnia -- giving him 50 milligrams of Propofol every night through an IV.

Murray told cops he feared Jackson was getting addicted so he reduced the dosage to 25 mg.

The morning Jackson died, Dr. Murray gave Jackson valium at 1:30 AM. Murray said the valium didn't work so he gave the singer an IV injection of lorazepam -- an anti-anxiety drug. Murray told cops Jackson was still awake, so he then gave him midazolam -- a sedative.

As we first reported, cops found 8 bottles of Propofol in Jackson's house after he died, but they do not know where it was purchased.

Dr. Murray reportedly told cops 10 minutes after administering Propofol ... he "left Jackson's side to go to the restroom and relieve himself. Murray stated he was out of the room for about 2 minutes maximum. Upon his return, Murray noticed that Jackson was no longer breathing."

Dr. Murray says he began CPR and at some point ran downstairs and asked the chef to send up Prince Jackson, the eldest son, then Murray continued performing CPR.

Interestingly, according to the warrant, Dr. Murray refused to sign the death certificate at the UCLA Medical Center.

UPDATE:
If Dr. Murray is charged with a crime, there's a statement in the affidavit that could be evidence of a consciousness of guilt. The document also states both "UCLA doctors and L.A. Fire Dept. paramedics stated that Dr. Murray had only disclosed that he had given the medication Lorazepam [Ativan] to Jackson prior to his medical emergency." Dr. Murray did not disclose that he had given Jackson Propofol.