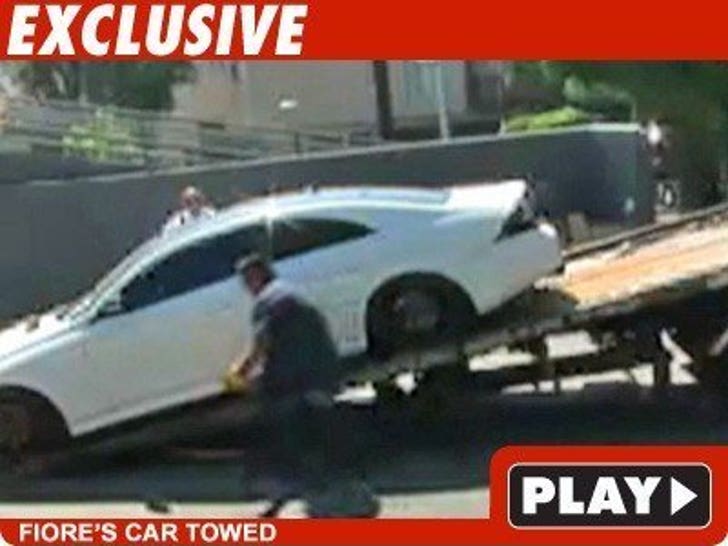 UDPATE 3:13 PM PT: The car has been towed away. We spoke to someone who lives next door to the parking lot, who said they saw the car there on August 15. Ryan Jenkins was seen leaving a hotel near San Diego on August 14 in the white Mercedes. Jenkins was seen carrying a suitcase -- we're told it was the same suitcase that contained Fiore's mutilated body.

The car is expected to be towed to the Orange County Crime Lab in Santa Ana.

UPDATE: An official from the Buena Park PD tells us it is definitely Jasmine's car.

Cops say they have located Jasmine Fiore's Mercedes, which has been missing since her death. We just shot this video of the car -- which is in a West Hollywood parking lot where cops have just arrived on scene. 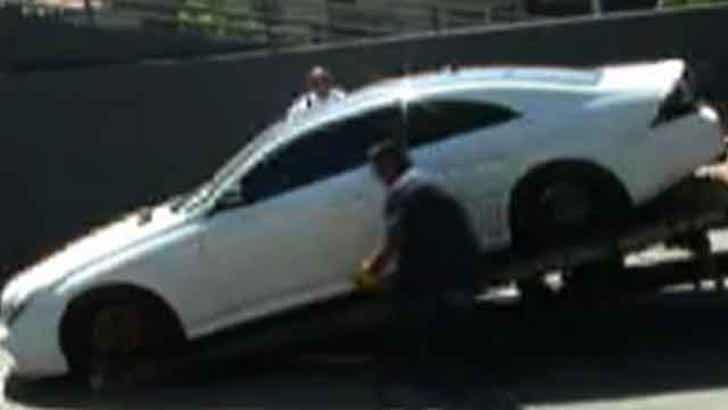 There was a note on the windshield it read, "This is a private lot. Unattended vehicles will be towed at owner's expense."