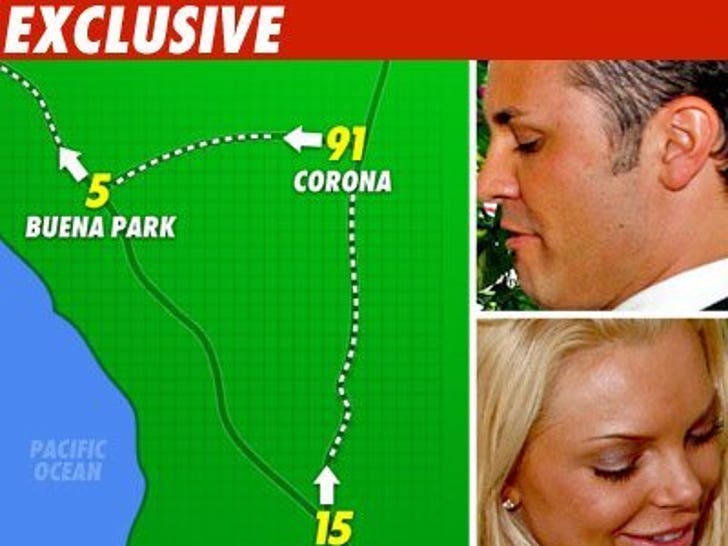 Cops tell TMZ Ryan Jenkins made a combined 30 phone calls and text messages between the hours of 9:30 AM and 5:00 PM on August 14 -- hours after they believe Jasmine Fiore had been murdered. 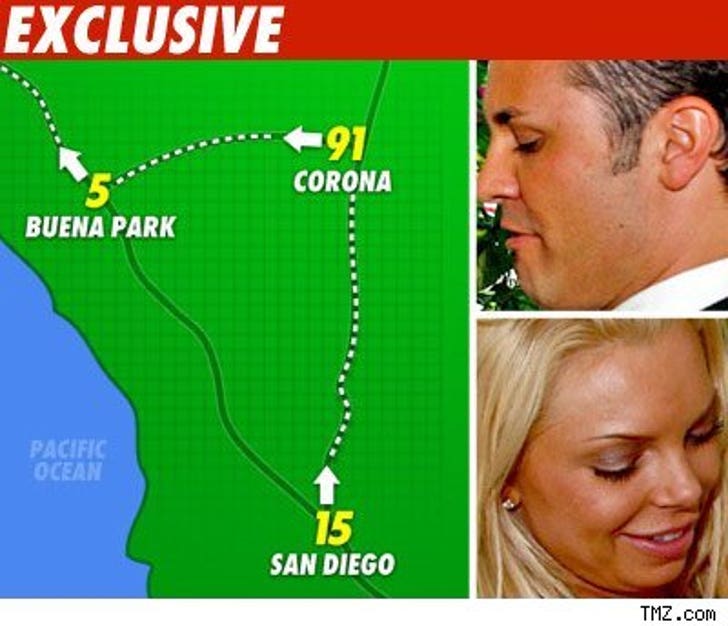 Here's the rundown: Buena Park police think Ryan Jenkins severely beat Jasmine after they left the San Diego Hilton hotel at 2:30 AM on the 14th. Jenkins was seen entering the L'Auberge Del Mar hotel in San Diego at 4:30 AM alone. Cops believe Jasmine was taken into the hotel through a back patio entrance, which does not have a security camera.

Cops say Jenkins made around 30 phone calls and texts between the time he left San Diego at 9:20 AM and arrived in Los Angeles at 5 PM. During this time, cops believe Ryan drove to Corona, pulled off-road and removed her teeth and fingertips -- then dropped her body off in Buena Park before driving to Los Angeles. Cops won't say who he called and texted.

AND GET THIS: Cops say once Ryan arrived in L.A., he sent his and Jasmine's wedding rings to Las Vegas via Fed-Ex with instructions to be cleaned. Cops say he never picked up the rings, which are now in the possession of the Buena Park Police Department.