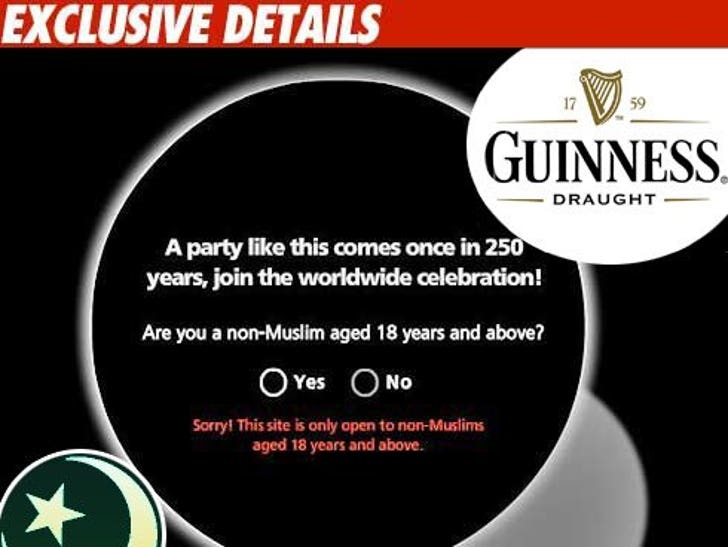 Muslims have been banned from attending a huge Guinness beer celebration headlined by the Black Eyed Peas later this month in Kuala Lumpur -- and now the beer company is fighting back ... kinda ... sorta ... not really. 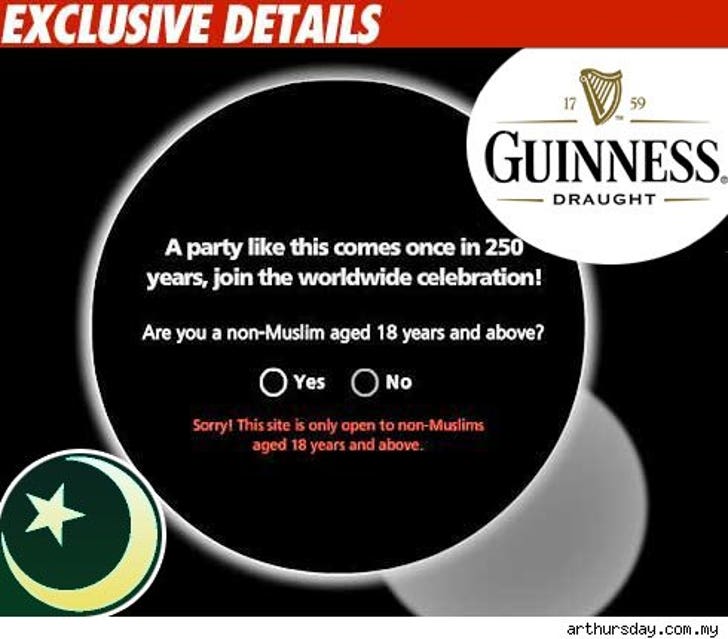 The ban stems from an Islamic law prohibiting Muslims from the consumption of alcohol -- and the Malaysian website for the event strictly states "Party is only open to non-Muslims aged 18 years and above." How they will actually enforce it? No clue.

In a statement playing to all sides, Guinness tells TMZ: "The Ministry in Malaysia determines the parameters in which the concert can be handled. We will adhere to whatever the regulations are in the country. If that is their point of view, that's their point of view," but adds "Everybody has a right to go or not go to the concert."