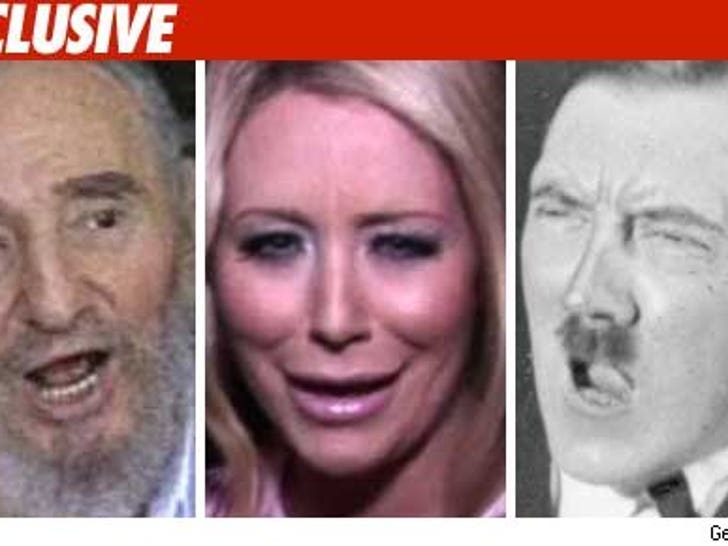 In an attempt to clear up the "Hitler and Castro are Brilliant" controversy -- Aubrey O'Day just issued the following statement to TMZ: 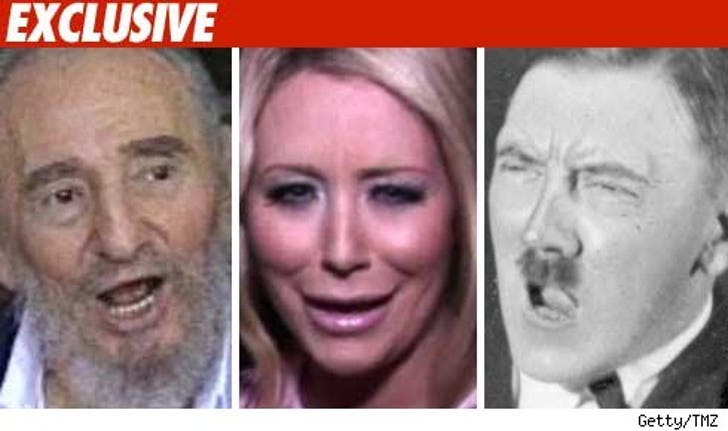 "Murderers and dictators generally are some of the smartest people out there - they just use their brain power for evil purposes.

I don't condone any of their evil behavior, but I was asked about their intellectual firepower... and in my opinion you can't have a low IQ and wreck [sic] that much havoc on the world.

What Hitler succeeded in doing, was deplorable... And I hope we never see such an abusive use of power again."

As for O'Day's claim that she met Castro in the past, Aubrey told us:

"I was a college student on a program called Semester at Sea, through that program chosen political science students attended a half day seminar of Fidel Castro and his thoughts on basically everything except Cuba's relationship with the US, lol. It was very interesting."