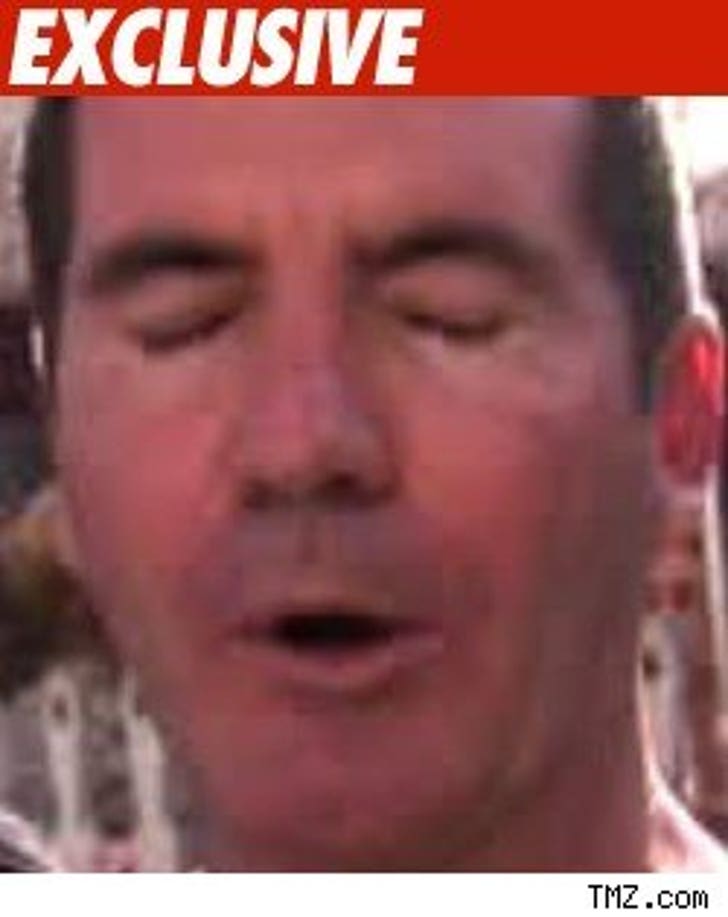 He's used to crushing wannabe singers, but now Simon Cowell is accused of destroying a wannabe chef ... or at least her arch support.

Simon and his ex-GF Terri Seymour have been sued by a woman who claims she got a "try-out" to be their private chef. In the docs, the chef claims Terri made her remove her sneakers and put on a "clear-bottom" pair when entering the home.

The cooking seemed to go well and the chef eventually took off, only to realize that she left her sneakers behind -- which she claims had $500 orthopedic insoles inside of them.

The chef claims she made repeated attempts to get 'em back -- and even made an additional trip to the house when Terri's assistant claimed he found them. She says the pair he produced weren't hers.

The woman has filed a small claims lawsuit seeking $661.59 from Cowell to cover the shoes, pricey insoles and the $9 in gas she wasted driving over.

A rep for Simon and Terri says "this is a ridiculous story." The rep says the chef simply left her sneakers and that Simon and Terri attempted to return them -- adding the pair that was found in the house are in fact the woman's sneakers.