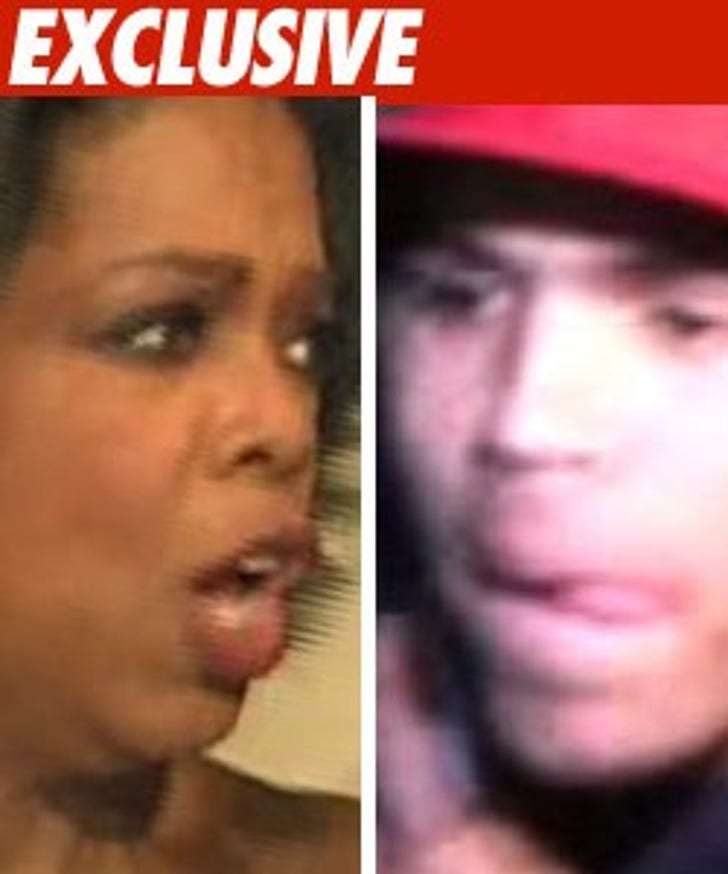 Oprah Winfrey is firing back at the comments Chris Brown made about her in the new People Magazine.

Here's the background: People had asked Brown about the fact that Oprah did "a show on abuse, inspired by Rihanna." Chris replied:

"I commend Oprah on being like, 'This is a problem,' but it was a slap in my face. I did a lot of stuff for her, like going to Africa and performing for her school. She could have been more helpful, like, 'Okay, I'm going to help both of these people out.'"

We called Oprah to see how she felt about Brown's statement, and her rep sent us the following response:

"Oprah is very appreciative that Chris Brown performed at her school but she takes domestic abuse very seriously. She hopes he gets the counseling he needs."