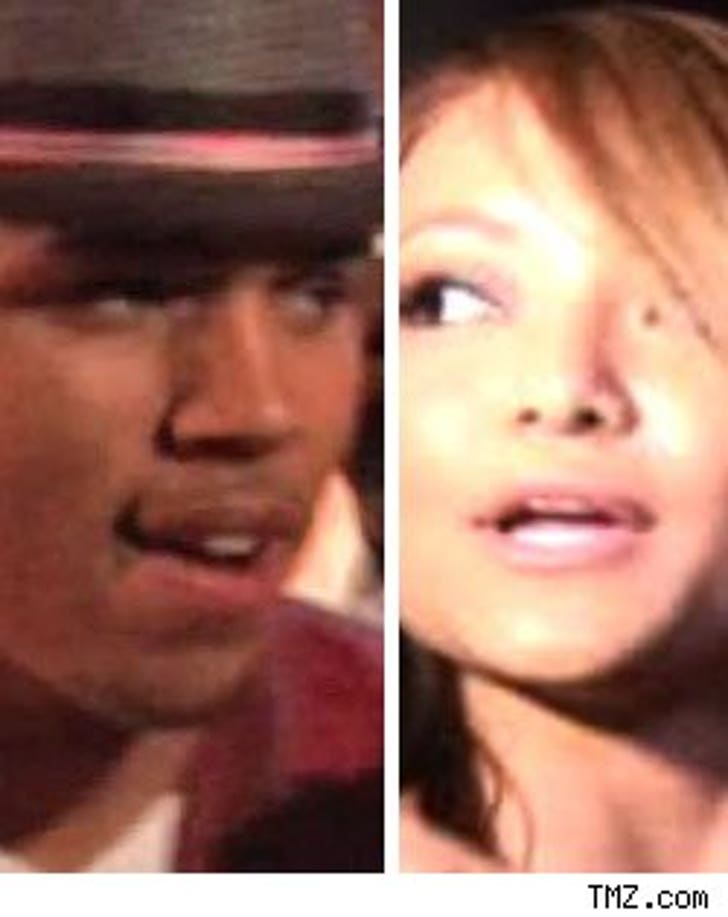 Tila Tequila
egged on Chris Brown over and over again on her Twitter page and now CB has finally responded making this ... an official Twitter Fight!!!!!!!!

Tila, angry that the San Diego D.A. declined to press charges against Shawne Merriman, made several mentions of Brown on her Twitter page (we tried to grab one, but Tila has since made her page private).

Finally this morning, Brown tweeted back, "NOT TRYNA BE RUDE but i keep hearing tila bringing my name up. ur 15 seconds of fame has ended. dont try to gain fans by dissing me.godbless."