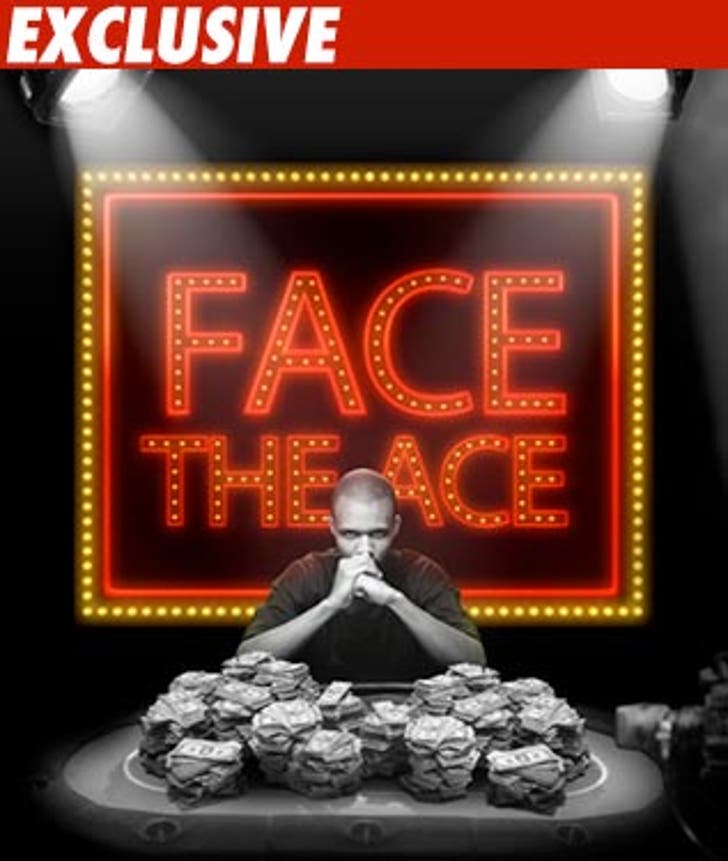 A poker show on NBC that actually did worse in the ratings than a re-run of "Finding Nemo" is the subject of a ridiculous $85,000,000 lawsuit -- which is about a mil for each person that watched it.

A guy named Brandon McSmith claims he came up with the idea for a show where wannabe poker players compete against pros (who were hidden behind doors) for a chance to win a seat at the World Series of Poker.

Smith claims he pitched the idea to a company called Poker Productions -- but they rejected it.

Fast forward two years -- a show called "Face the Ace" popped up on NBC where contestants "select a pro from behind four smoked-glass doors." And guess who created it? Poker Productions!

The grand prize on the NBC show -- a cool mil.

Even though the show is so awful it has been relegated to Saturday afternoons, McSmith wants $85,000,000 in damages.