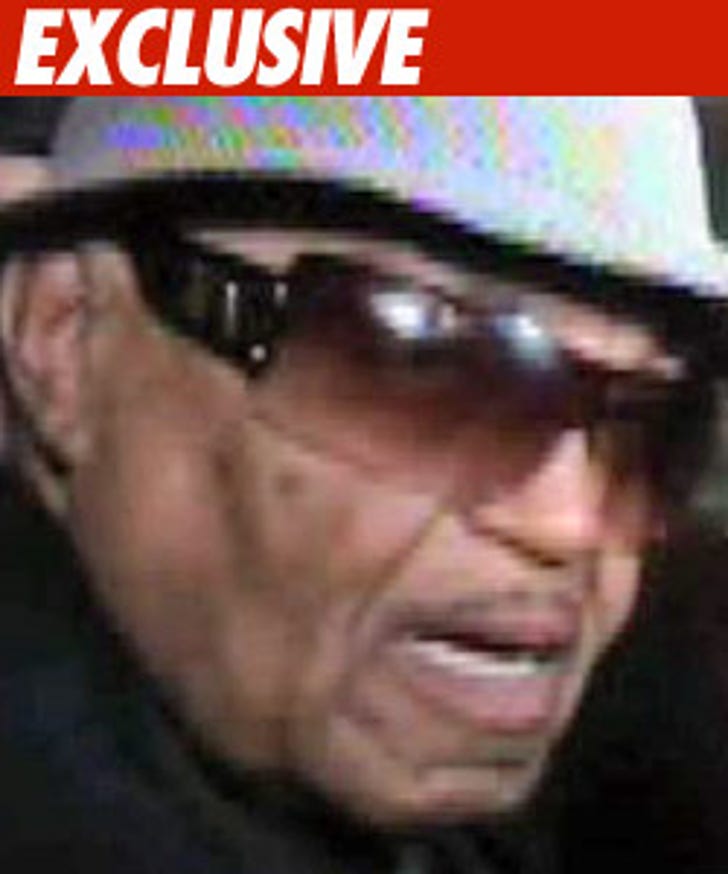 Joe Jackson quickly traded Kanye West's community bottle of Hennessy for a jug of K.W. Haterade -- saying the egomaniacal crusher of dreams should be blackballed from show business.

"I don't know what he was doing, he jumped up on stage and snatched that microphone out of that poor girl's hand. They should blackball him out of show business for that. He just leapt up there, that was bad.

I had just gotten through speaking to him, he was introducing me to his girlfriend, and then three minutes later he jumped up on stage. And people booed Kanye all night."