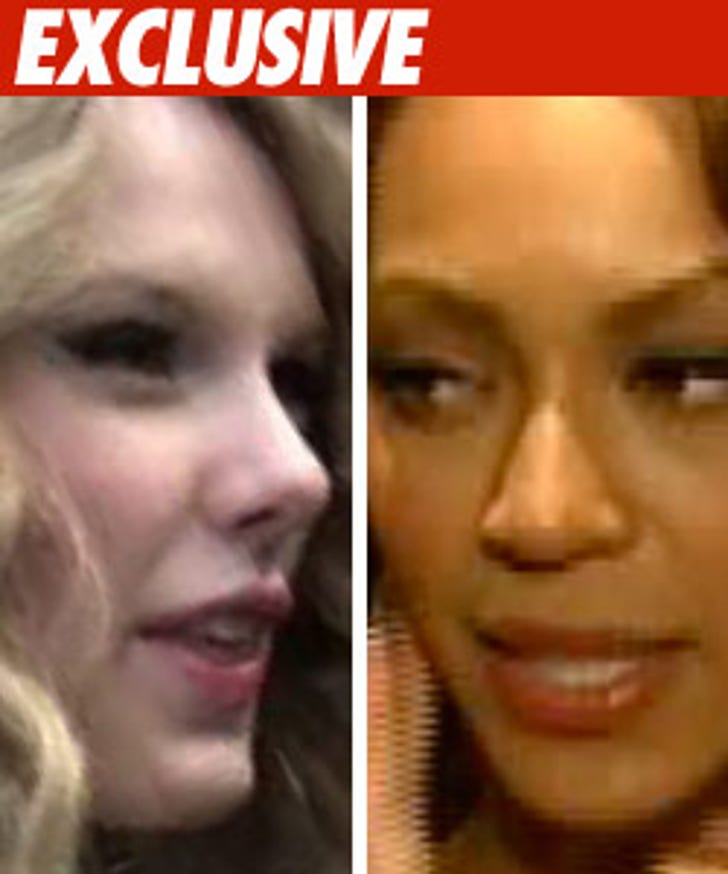 Taylor's rep tells us Beyonce's father Mathew Knowles approached Taylor outside her dressing room once her subway car performance was over.

We're told Mathew wanted to make sure Taylor was doing fine after West's diss -- and they even discussed ways to make up for it.

Taylor's rep tells us the singer was mainly upset because she wasn't able to thank her fans for voting for her -- which was eventually made right when Beyonce invited her back on stage to finish what she started.

Taylor's reps tell us she had never met Beyonce or Kanye before the last night's weirdness went down.