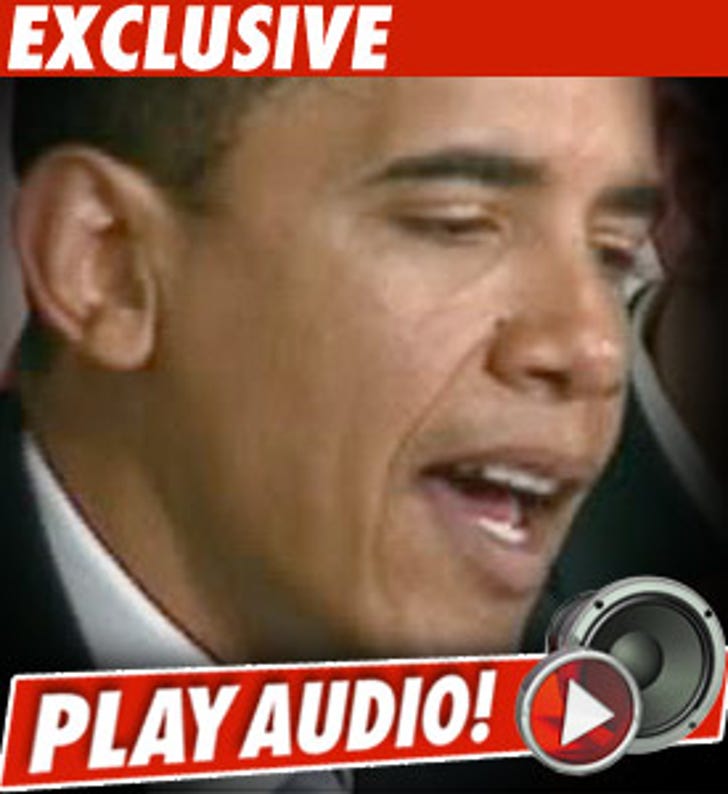 TMZ has obtained the audiotape of President Barack Obama calling Kanye West a "jackass" for hijacking Taylor Swift's acceptance speech during the VMAs.

The audio was recorded just before Obama went on camera to do an interview with CNBC. Before the interview began, Obama -- referring to Kanye's antics on stage -- said "I thought that was really inappropriate," then adding, "He's a jackass."

After making the remarks, Obama said "Where's the pool?" Presumably, he was worried the joke would go wide. He noted the last time that happened, he got burned for killing a fly.