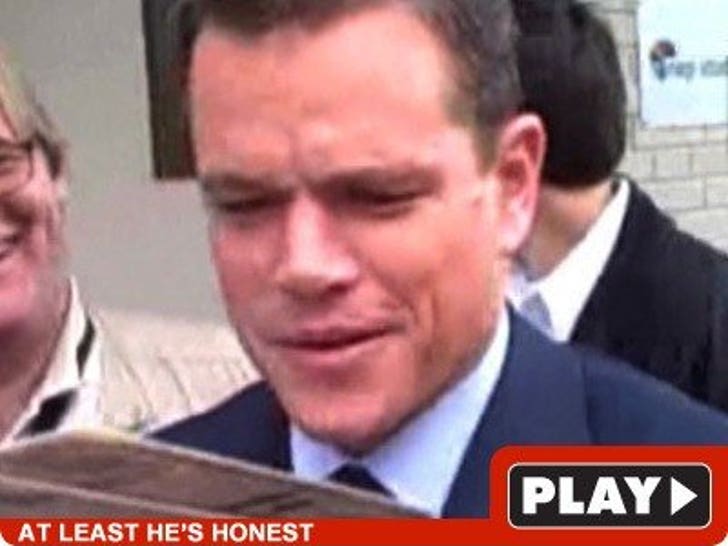 Even Matt Damon knows his IMDB is soiled with a few stinkers -- because let's face it, not every movie can be "The Departed."

Matt admitted his shortcomings yesterday after a photog in New York sucked up to him by saying, "You've never made a bad movie in your whole life."