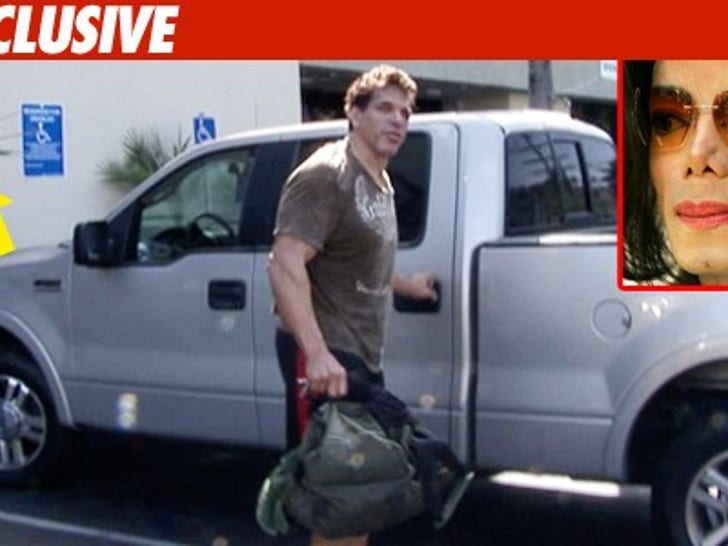 There's a damn good reason bodybuilding legend Lou Ferrigno was parked in a handicap space when he hit Gold's Gym in Venice a few days ago -- and it all has to do with Michael Jackson. 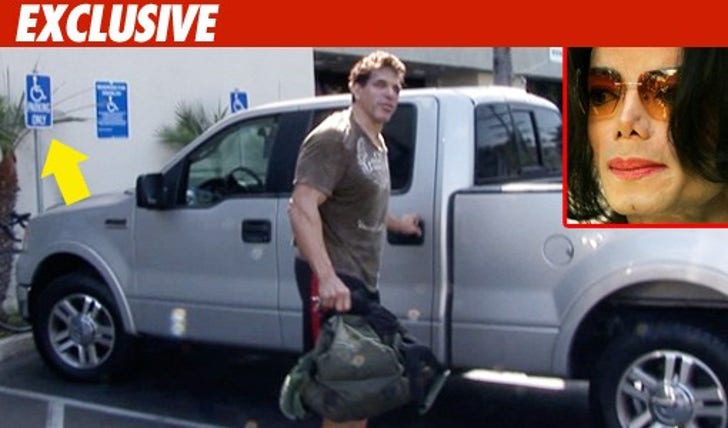 TMZ spoke with Ferrigno's wife, who told us the bodybuilding legend recently underwent a hip surgery -- not to mention he already has "a fake hip and two fake knees."

But here's the rub: Ferrigno -- who was Michael Jackson's personal trainer -- only scheduled his most recent hip surgery after following Michael's advice.

Ferrigno told us that while he was pumping MJ up for the ill-fated "This Is It" tour, Jackson encouraged him to do "Dancing with the Stars." Lou -- who knew he had a bad hip -- listened to MJ and met with the "Dancing" people.

So now Lou is still recovering from the surgery -- hence the handicap parking. But due to the fact that Lou told us he dominated the stair-stepper earlier this week ... we're assuming he'll be back to parking in a regular spot pretty soon.