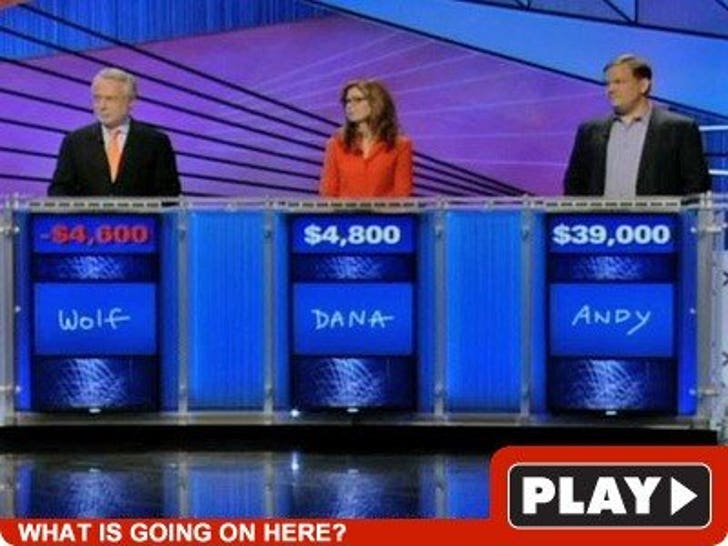 Wolf Blitzer -- one of the most decorated hard-news reporters on the planet -- got his ass handed to him on "Jeopardy" last night ... by a comedian's sidekick.

By the end of Double Jeopardy, Blitzer racked up an impressive NEGATIVE $4,600 -- after swinging and missing on brain-busters like King David and Jesus both hailed from this town. Wolf said "Jerusalem" ... the correct answer is Bethlehem.

On one of the few Wolf got right, Alex belatedly took it back -- because Wolf's answer, "Julia Childs" had an errant "S."

When it was all over, Andy Richter absolutely dominated Wolf and Dana Delany -- finishing with an impressive $68,000 and a ticket to the next round.

The 68k went to Richter's charity -- the St. Jude Children's Research Hospital. Both Wolf and Dana's charities were kindly given $25k each.