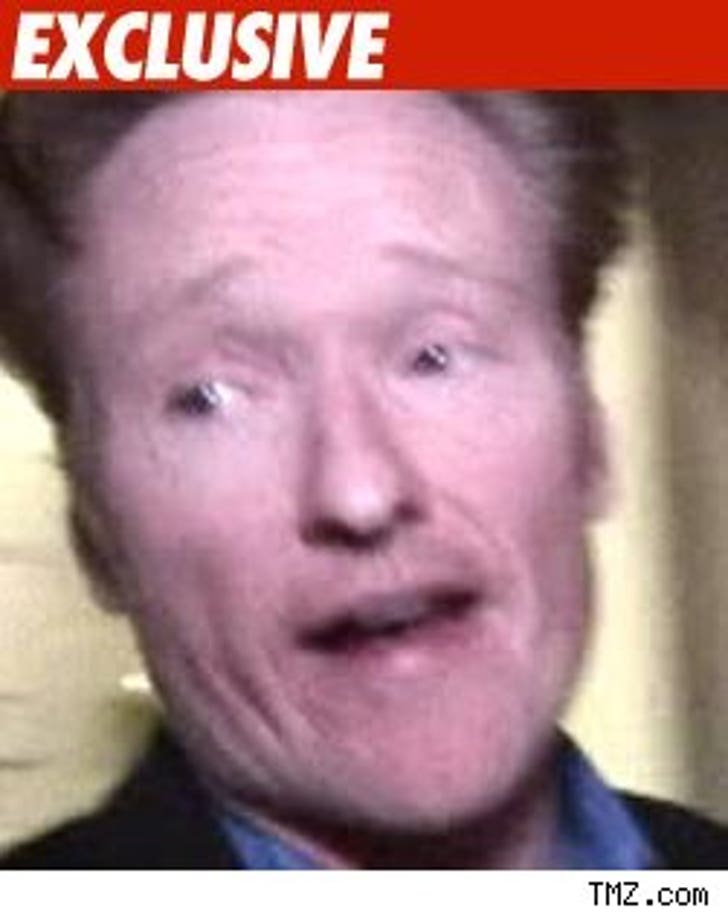 The show must go on ... sources tell TMZ after Conan O'Brien banged his head while taping "The Tonight Show" this afternoon, he never stopped cracking jokes ... not even when he was being transported to the hospital.

Conan's injury occurred while he was filming a skit for tonight's show, our sources say he was transported by ambulance to Cedars-Sinai Medical Center in Los Angeles.

Since Conan was unable to finish taping, NBC told us they're going to air a repeat.

UPDATE: An NBC spokesman tells us, "Conan is resting comfortably at home. He is expected to return to work on Monday."