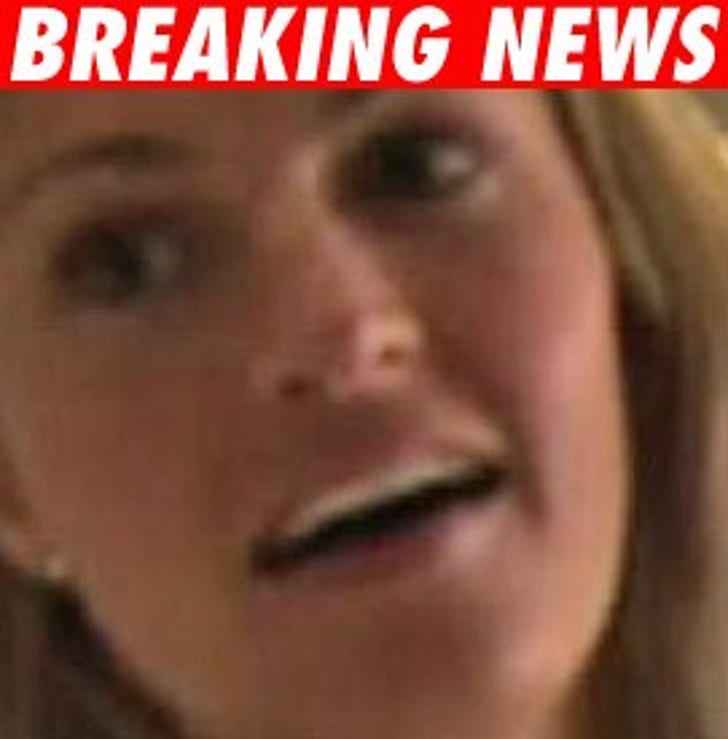 TMZ has learned an arrest has been made in the Erin Andrews Peeping Tom case -- the one in which the ESPN reporter was secretly videotaped walking around naked in various hotel rooms ... and the suspect has been charged with the federal crime of felony stalking.

According to the FBI, Barrett allegedly stalked Erin "with the intent to harass, to place under surveillance with intent to harass and intimidate, and to cause substantial emotional distress to a person in another state."

The videotapes surfaced in July. At least six clips showed Erin walking around two different hotel rooms in the nude, and were shot with a peephole camera. It was virtually impossible to tell when or where the videos were shot.

Andrews' lawyer, Marshall Grossman from the law firm Bingham & McCutchen tells TMZ Barrett allegedly contacted hotels in the various venues "where Andrews was working in order to locate her and her room number, and some of the hotels revealed that information, permitting him to target her." Grossman says Barrett would remove the peepholes from the doors -- or as the complaint states, "hacked off" -- and inserted tiny camera devices to secretly film her.

Someone tried to sell the clips to TMZ, but we refused to buy or air them because they were an obvious invasion of Erin's privacy. The federal complaint notes that the videos were offered for sale to TMZ.com through his email account.

The complaint says Andrews was so upset when the tapes began to circulate elsewhere she was "having trouble breathing and felt sick all of the time." The complaint adds, "She was concerned there might be more video and wanted to vomit just thinking about it."