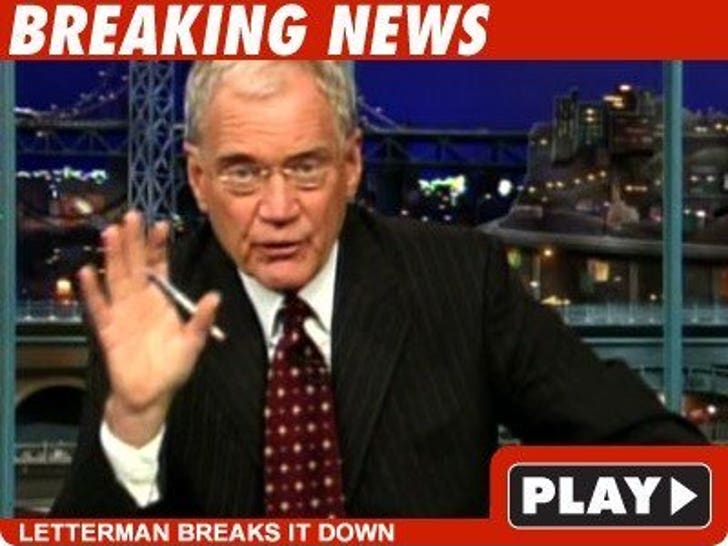 SECOND UPDATE: 11:58 PM ET TMZ has learned the identity of the alleged extortionist who was arrested today for attempted grand larceny in the first degree. He is 51-year-old Robert "Joe" Halderman who lives in Norwalk, CT. He is a producer for "48 Hours" and has been suspended pending results of the investigation.

David Letterman
says someone has demanded $2 million from him in return for not blowing the lid on Letterman's sexual liaisons in his office. 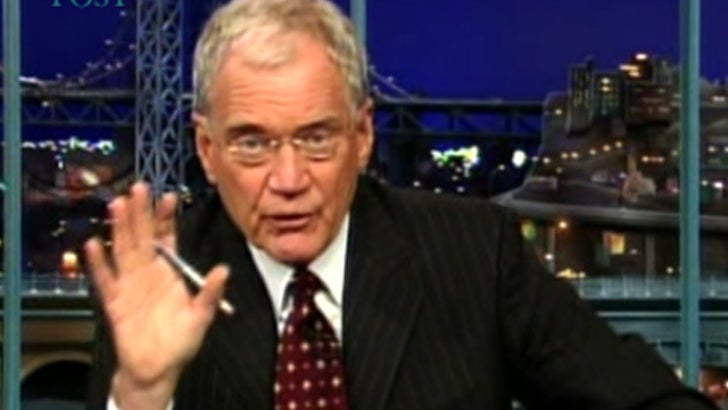 Letterman said on his show tonight he received a package 3 weeks ago from someone claiming to have info about sexual escapades between Letterman and some female employees on his staff.

The individual said Letterman would have to pay $2 million to keep the info secret.

Letterman went on to say he contacted the Special Prosecution Bureau of the Manhattan D.A.'s office. He said the D.A. investigated and cut a phony $2 million check to the alleged extortionist who was arrested today.

Letterman says he testified today before the grand jury. In his testimony, he says he acknowledged sexual relationships with members of his staff.