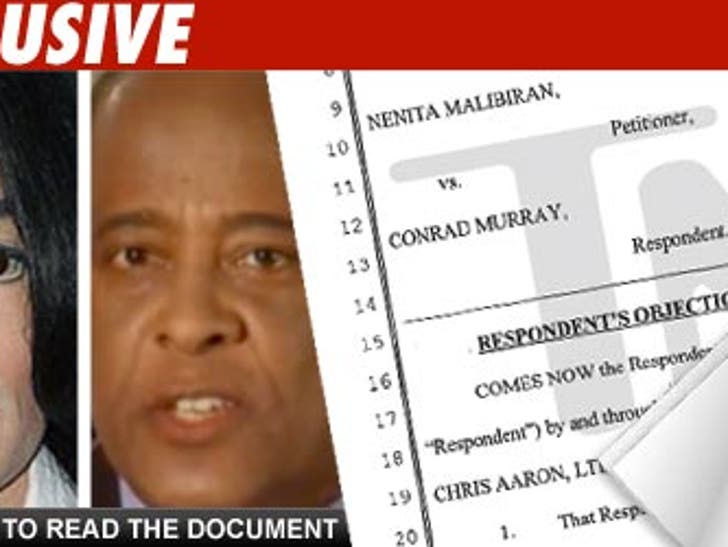 Michael Jackson's death was a traumatic event for many people -- and apparently it's also the reason Dr. Conrad Murray can't take care of his kid. 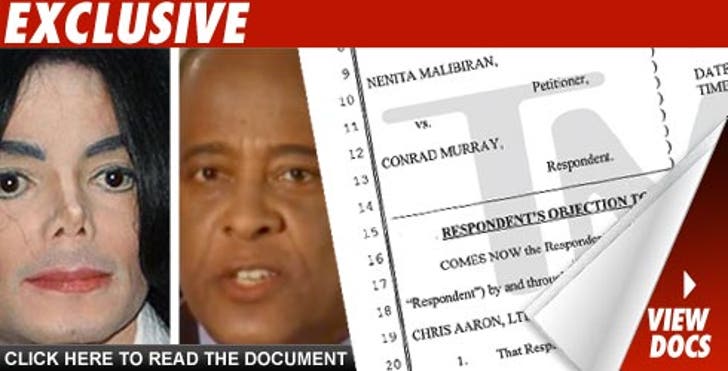 According to documents filed last week -- objecting to the pending arrest warrant against the Dr. for not paying his support -- Dr. Conrad Murray explains, "As a result of the media coverage of Michael Jackson's death, combined with the deleterious effects of the current recession, [Murray] was simply unable to meet his obligations."

In the docs, Murray's lawyer says the doctor has no intention to "evade his obligations." But he says Murray "is temporarily unable to maintain a practice or obtain employment because of the extensive media coverage related to the death of Michael Jackson."

Murray is asking the judge to allow him to make "minimal payments" for now while he looks for a job.

As we first reported, his baby mama Nenita Malibiran (who is the mother of his 10-year-old son) obtained a judgment last month for $13,311.47 for missed child support payments.