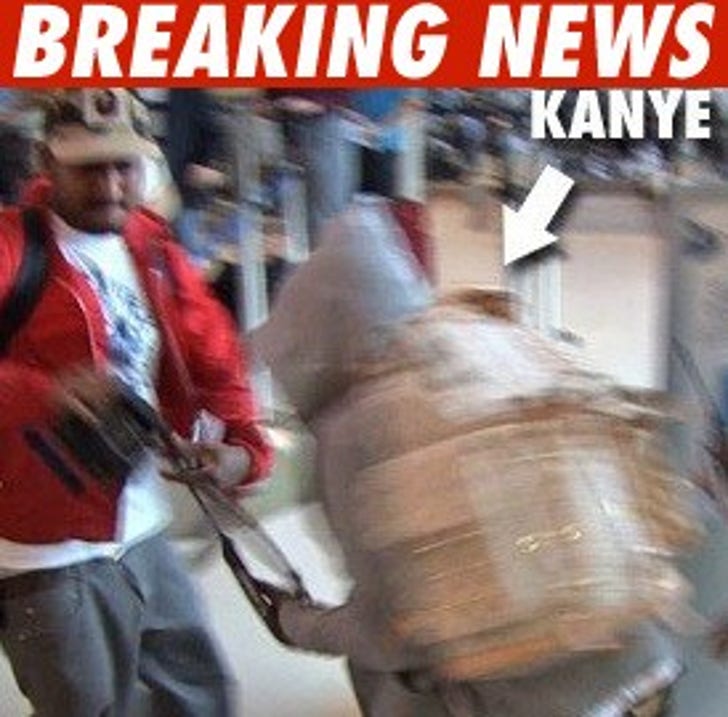 Kanye West got swift justice this AM -- thanks in part to TMZ -- and the judge in his LAX vandalism case said he'll dismiss all 3 misdemeanors against him after Kanye gets a dose of community service.

West's lawyer, Blair Berk, delivered a blistering attack on the paparazzi, scolding them for inciting celebs, going to churches for intrusive shots ... pretty much claiming they're responsible for all the wars in the world.

Berk says both Kanye and co-defendant Don Crowley (Kanye's manager) are "remorseful" for their conduct and have submitted to anger management counseling -- this, after breaking two cameras in a fit of anger at the airport.

Berk says this matter was "wildly overcharged" as a battery and vandalism case.

Deputy L.A. City Attorney Felton Newell disputed the notion the case was overcharged, claiming the defendants acted with "reckless disregard," adding the video shows "an intent to commit a felony."

Berk appeared without her client and noted that TMZ had settled its beef with Kanye because West paid for the camera he broke at LAX on Sept. 11, 2008. The judge agreed -- saying if TMZ didn't want to press charges, it didn't make a lot of sense to carry on with the case.

And speaking of Sept. 11th...the two lawyers got into a fight over whether the prosecutor was exploiting the date by saying it elevated the seriousness of the offense -- i.e., going nuts at a major airport.

In the end, the judge felt since the defendants enrolled in an anger management program, he said he'll dismiss the charges when they both serve 50 hours of community service. But he added Kanye's conduct was not acceptable.