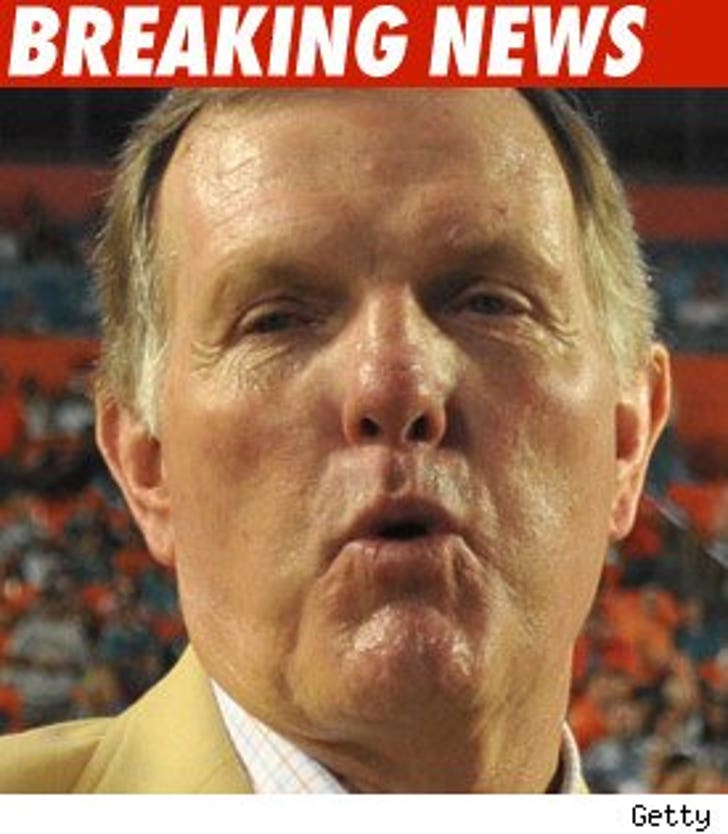 Can anyone at ESPN keep a job? The network suspended Bob Griese today for a racist remark he made about NASCAR driver Juan Pablo Montoya.

While he was calling Saturday's Minnesota-Ohio State game, Griese made a crack about Montoya saying he was "out having a taco." Montoya is Colombian.

ESPN is yanking Griese off the air for one week, and a rep for the network says Griese "understands the comment was inappropriate."