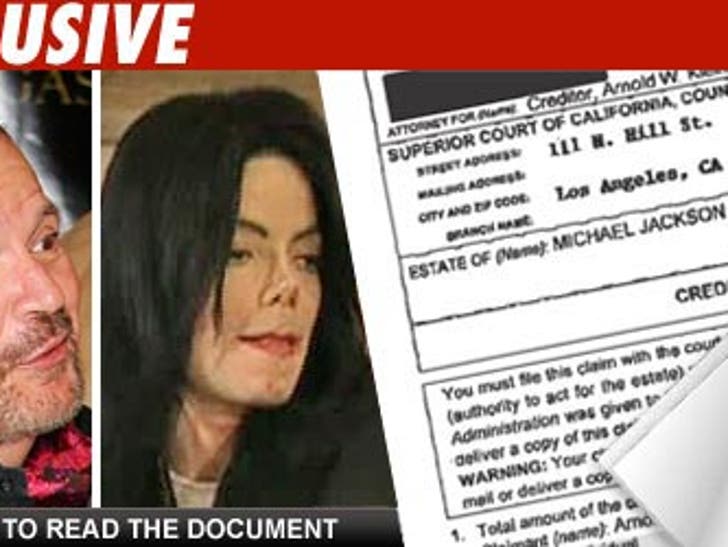 UPDATE: A closer look at the documents reveals another shocking fact -- in April, Jackson received ELEVEN "I.M. Injections" in 3 days.

injected Michael Jackson with an intra-muscular drug labeled "I.M. Injection" 51 times in three months, this according to documents filed by Arnold Klein himself. 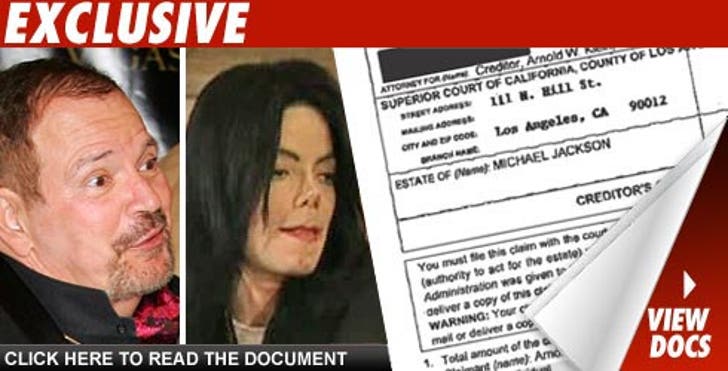 And one prominent L.A. dermatologist says "I.M. Injection" is commonly used as billing code for the narcotic Demerol.

In the documents, most of the procedures appear to be minor, such as acne treatments, lip treatments and Botox -- yet "I.M. Injection" appears over and over on Michael's bill, sometimes several times a day. The I.M. Injections correspond to the dates of the minor treatments.

In one particular case, Jackson went to Klein on April 23rd and received three "I.M. Injections" at $60 a pop.

Then, remarkably two days later -- on a Saturday -- Jackson went to Klein's office and got 4 more I.M. Injections to facilitate an injection of the smallest possible dose of Restylane -- a popular wrinkle-filler. 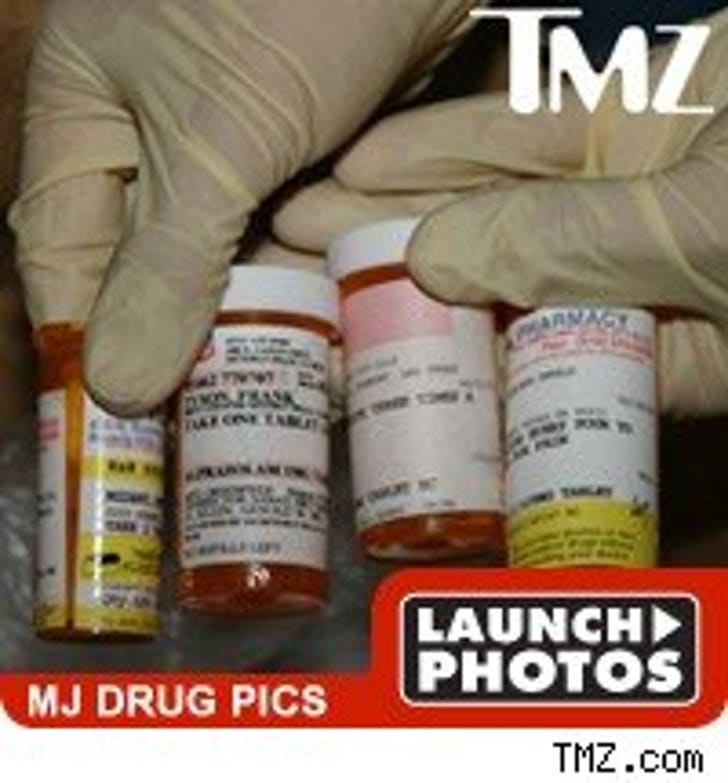 According to the docs, Arnie Klein -- Jackson's self-described good friend -- charged Jackson $7500 for the weekend visit.