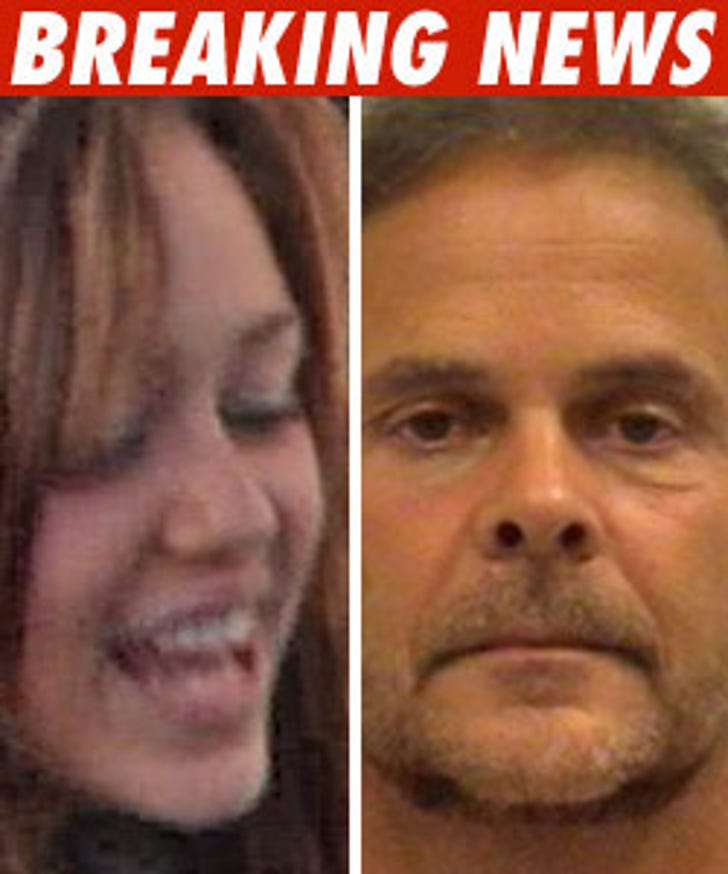 The man who claims Miley Cyrus sends him "secret messages" through his television set will not face a felony charge of attempted obstruction of a police officer ... but he's still facing two misdemeanor charges.

McLeod has been in custody since August 4 -- where he remains -- when police arrested him near the set of Miley's movie "The Last Song" for the second time.

According to the police report from McLeod's first arrest, he told officers a number of disturbing things about Miley -- like how he was destined to be with her and how he had "thousands of pictures and letters to Miley on his computer."