WWE star Chris Jericho is wrestling with a pretty serious controversy -- after he made a slew of offensive slurs against Middle Easterners and gays. 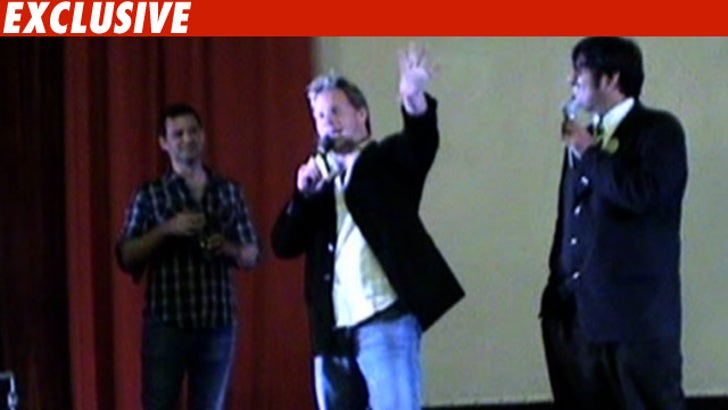 Jericho was at the Sacramento Horror Film Festival two weeks ago ... for a screening of a movie in which he appears. During a Q&A session, Jericho referred to the moderator several times as "Hadji" -- a term sometimes used as a racial slur against Middle Easterners.

After the first wave of slurs -- and a random shot at Paris Hilton -- the host jokingly takes Jericho's drink to sniff it for booze, when Chris chimes back, "it's apple juice ... fag."

Jericho tells TMZ, "After seeing the video I realize some inappropriate comments were made and I apologize if I offended anybody." Jericho continues, "Just know that everyone on stage was having a blast and we all shared a drink and a laugh after! The good news is I got my wish of being posted on TMZ."

Yes you did, Chris.