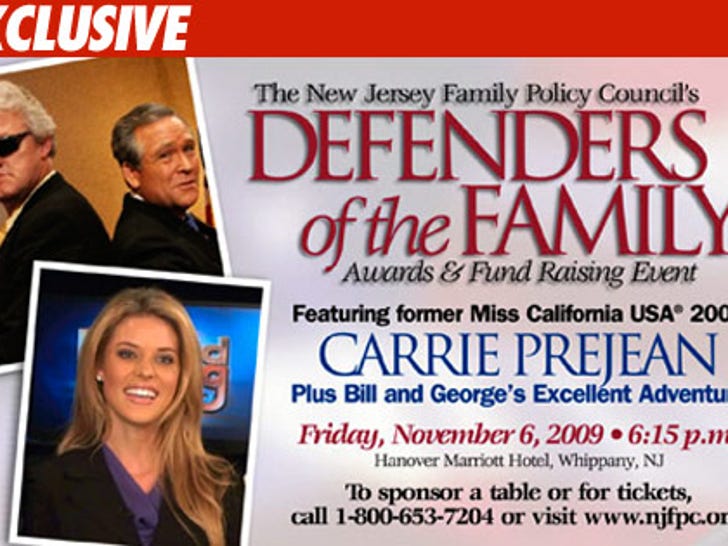 Carrie Prejean will finally get to enjoy some alone time tonight ... TMZ has learned the "biblically correct" crusader for "opposite marriage" has been mysteriously removed from an ultra-conservative event in NJ. 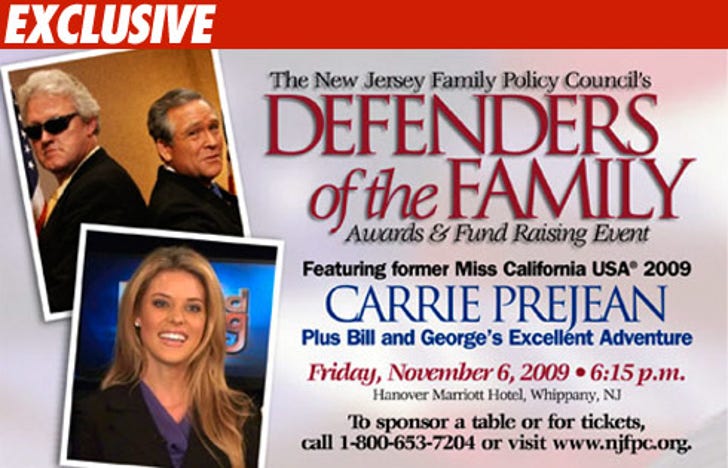 Carrie was all set to speak at an event called "Defenders of the Family" ... but after word got out that she sinned with herself in a solo sex tape, Carrie has since been removed from the schedule.

A spokesman for the New Jersey Family Policy Council wouldn't say if they canceled or if Carrie did... but Prejean was still a go just yesterday.