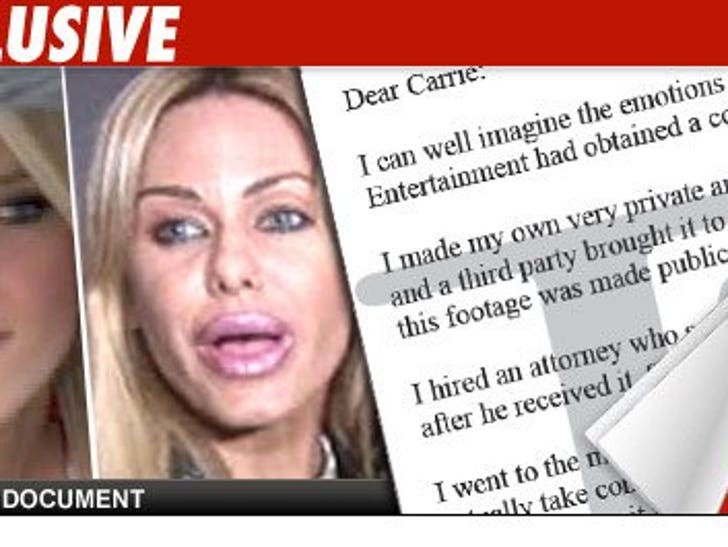 Carrie Prejean is getting some sage sex tape advice from someone with serious experience in the field, someone who knows what's at stake ... someone who wants Carrie to just give in and take the damn money already -- and that someone is Shauna Sand. 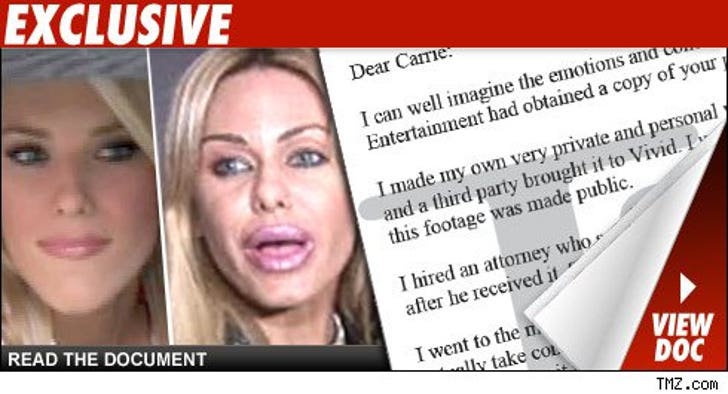 In the letter, obtained by TMZ, Shauna draws from her own personal experiences, explaining how she decided not to waste "thousands of dollars" trying to fight the release of her "leaked" sex tape -- but instead worked out a deal with Vivid so she could maximize the profit provided by her privates.

But just in case Carrie isn't convinced by Shauna's letter, Sand has also offered to spend some quality one-on-one time together ... to, uh, "talk." That would be a conversation worth listening to...