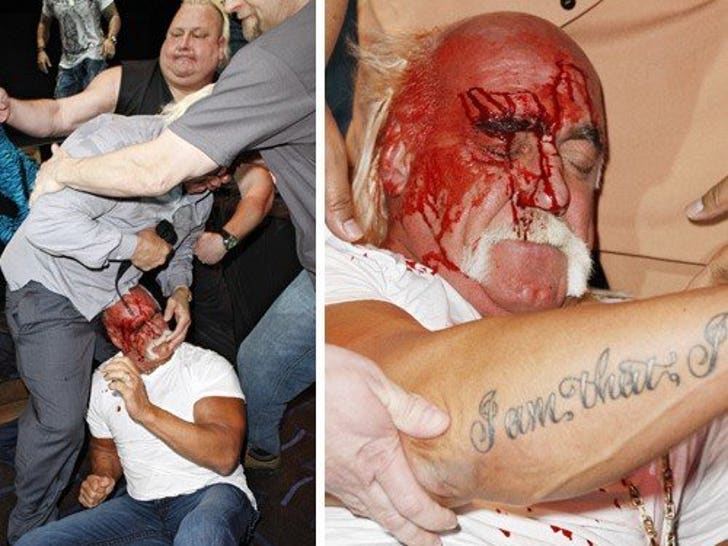 The blood was pouring down Hulk Hogan's face, back into his hair and down to his mouth after the wrestling legend got into a wild brawl with Ric Flair at a press conference in Australia.

Hogan and Flair were in Australia to promote an upcoming wrestling event, when all of the sudden they began to beat the crap out of each other ... Flair socking Hogan in the head over and over and over.

We know -- you're thinking it's all BS to promote the fight, but we spoke with somebody in Hulk's camp who insists the entire thing was real ... the blood and the injuries.